“Worldwide, contemporary urbanization highlights a clear departure from cities’ intimate ties to the very landscapes that gave rise to them. Centuries of dependence, appreciation and negotiations have made way for control, dominance and exploitation. The book Yamuna River Project: New Delhi Urban Ecology focuses on the plight of Indian rivers, where urbanization and modernization have erased ‘lifelines’ from citizens’ memories.

… The massive scholarship on which the volume is based defies the singular (often degenerated) representation of Delhi through its cartographic simplicity, allowing the book to negotiate well, both as an ‘atlas’ and ‘chronicler’ of the city. The publication extends beyond its perceived audience of urbanists by stimulating interdisciplinary debate. It should be on the desks of not only students and educators, but also politicians and city administrators who are seeking a comprehensive methodology with which to tackle the various urban challenges our cities are facing…

The Yamuna River Project focuses on interpreting the disturbed, complex and constructed ‘nature’ of a single city, but the volume does nto specify a theoretical perspective, advocating the spirit of ecologists such as Ian McHarg and Anne Whinston Spirn. The authors emphasize, however, that cities cannot be excluded from the natural systems upon which their survival and stability depend. 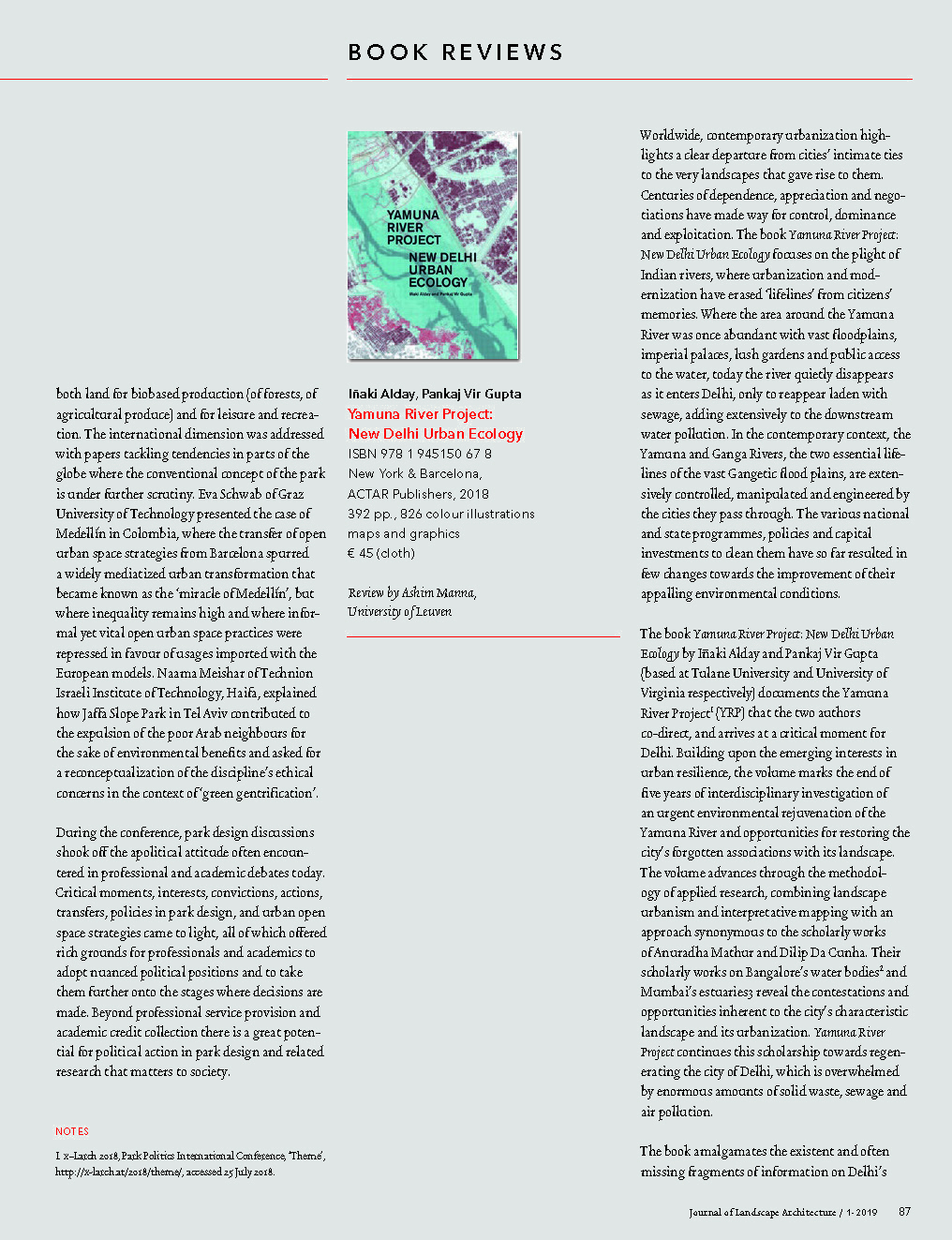 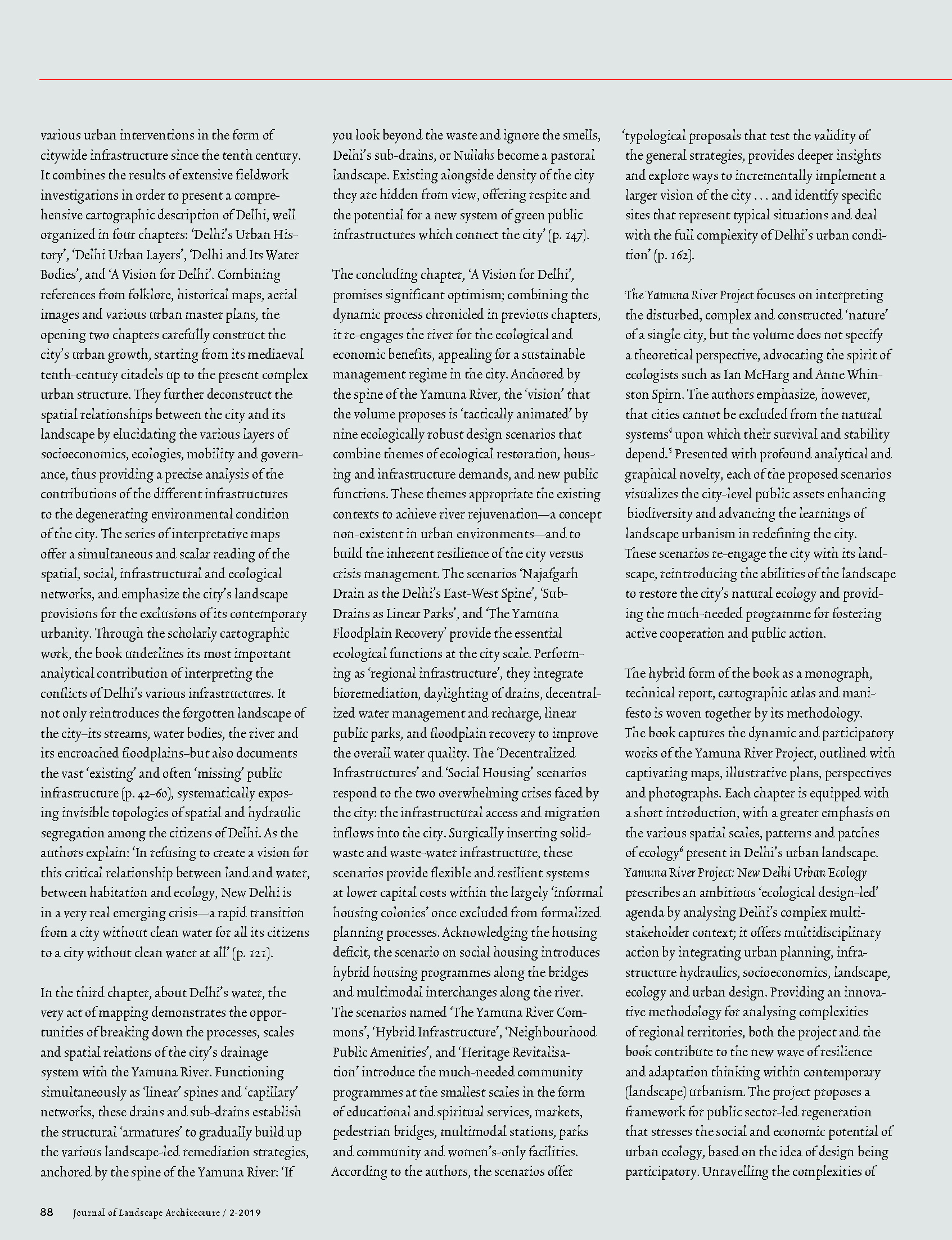 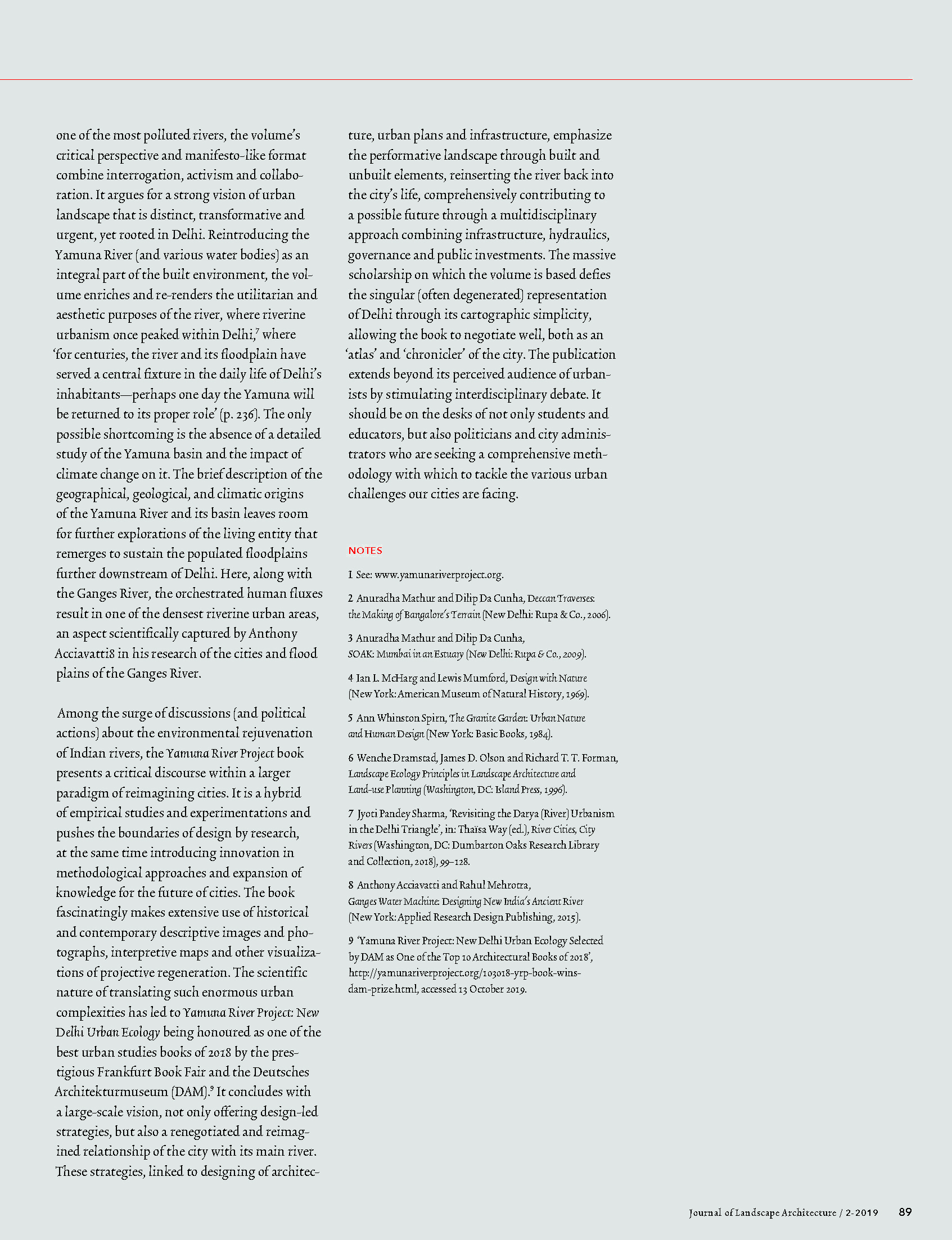