The project proposes to create a new rainwater collection system in the Walled City of Jaipur. Water from roofs, collected by tapping into existing pipe networks is directed along the street and brought to a series of water tanks. Hybridized light weight structures provide public space and amenities for citizens of Jaipur along with introducing a new infrastructural spine. 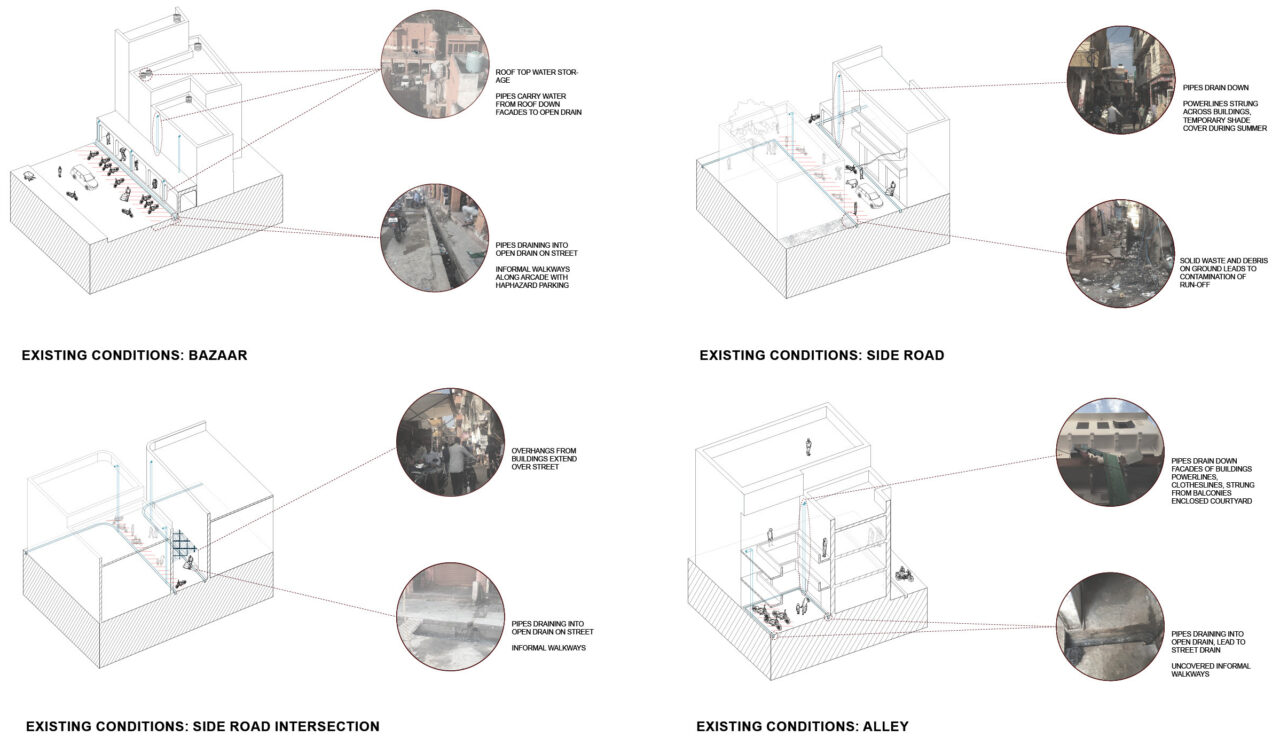 ANALYSIS OF EXISTING RAIN WATER FLOW BY STREET TYPE FOR WALLED CITY JAIPUR
The Walled city is the oldest and densest part of Jaipur. The original water management system, not designed for the present state of population density and occupation, is crumbling. Presently, the rain water that falls on the roofs of buildings in the walled city is collected through rain water pipes and directed onto the street where it mixes with storm water runoff in an open sewer, filled with trash. The project proposes a new infrastructural spine along the streets that catches the relatively clean rain water before it mixes with the street runoff and channels it into storage tanks from where it is distributed back to the city for domestic use. This spine doubles up shade structures that organize the street section and informal activity happening on the street along with accomodating networks for sewage collection, electricity supply and clean water supply. 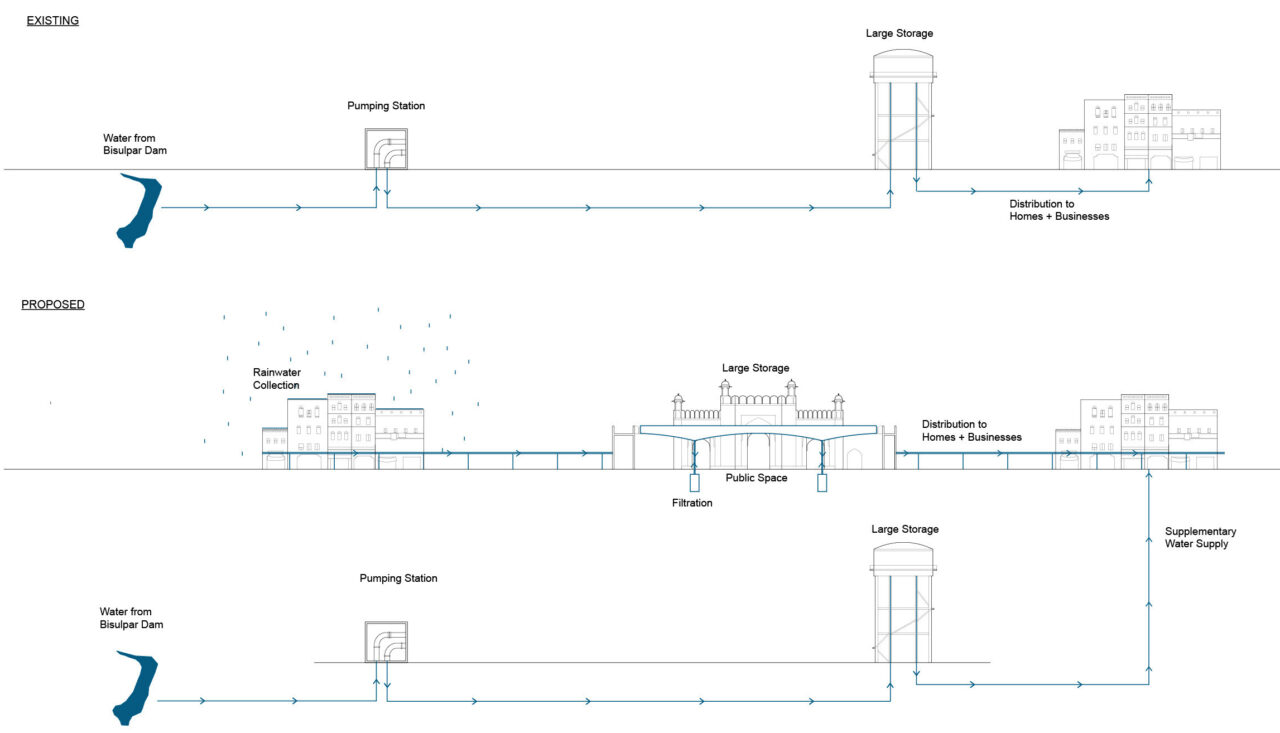 Existing versus proposed water supply and management in the Walled City of Jaipur. The source of drinking water for Jaipur has been moving further and further away and is presently located at the Bisalpur Dam south of the city. Water is pumped up into storage tanks and from there distributed into the city. The project proposes to augment the water supply network by creating an infrastructure that collects rainwater from the roofs of buildings using the existing piping network and stores it. 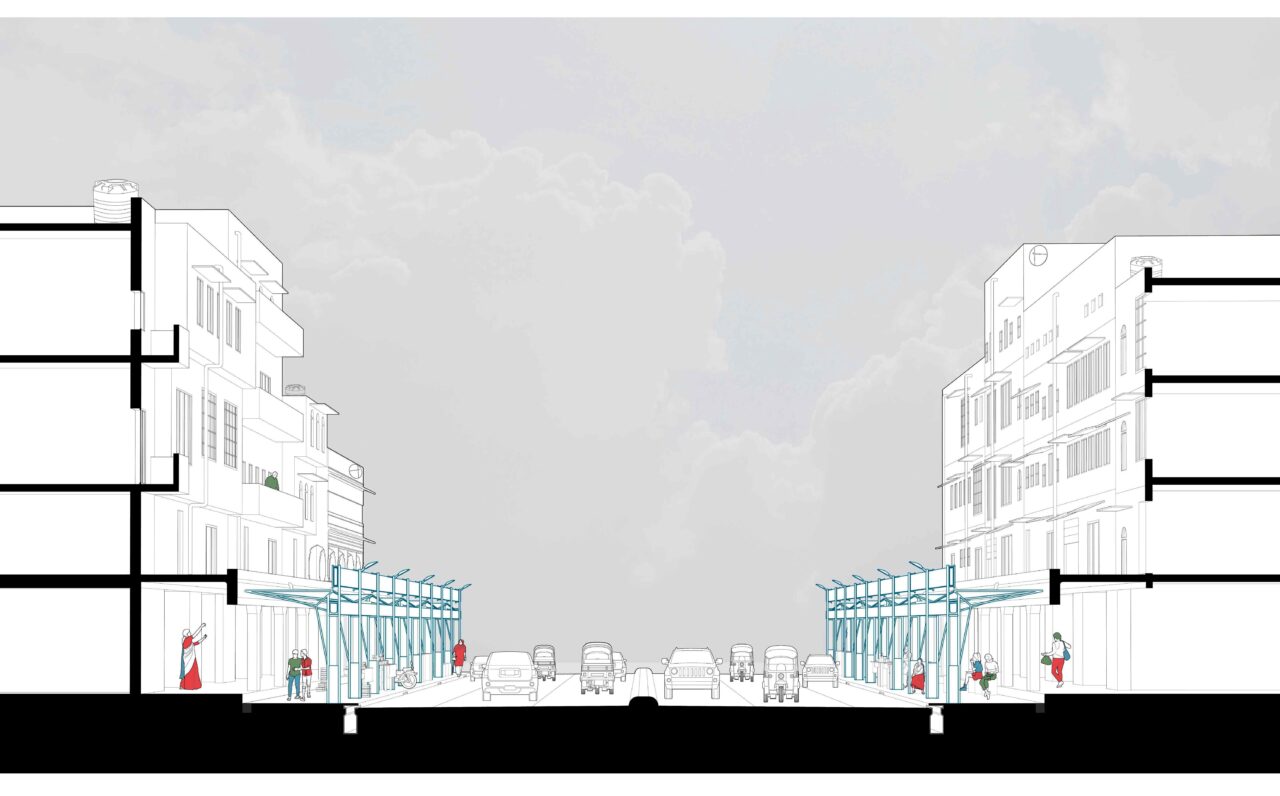 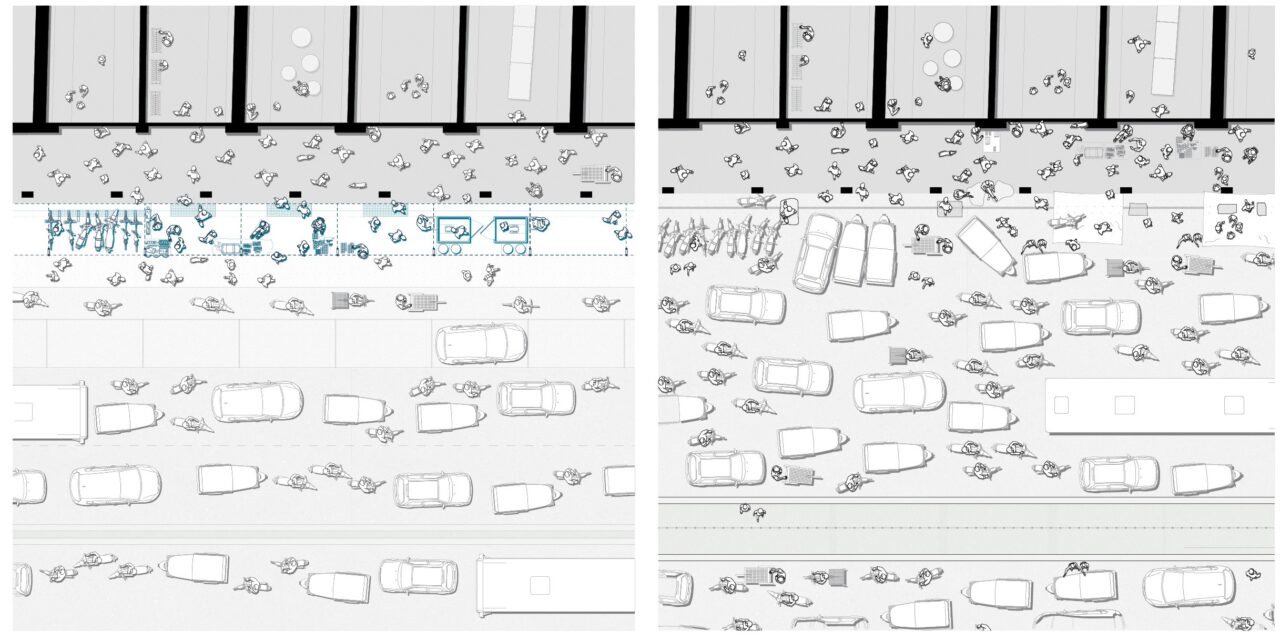 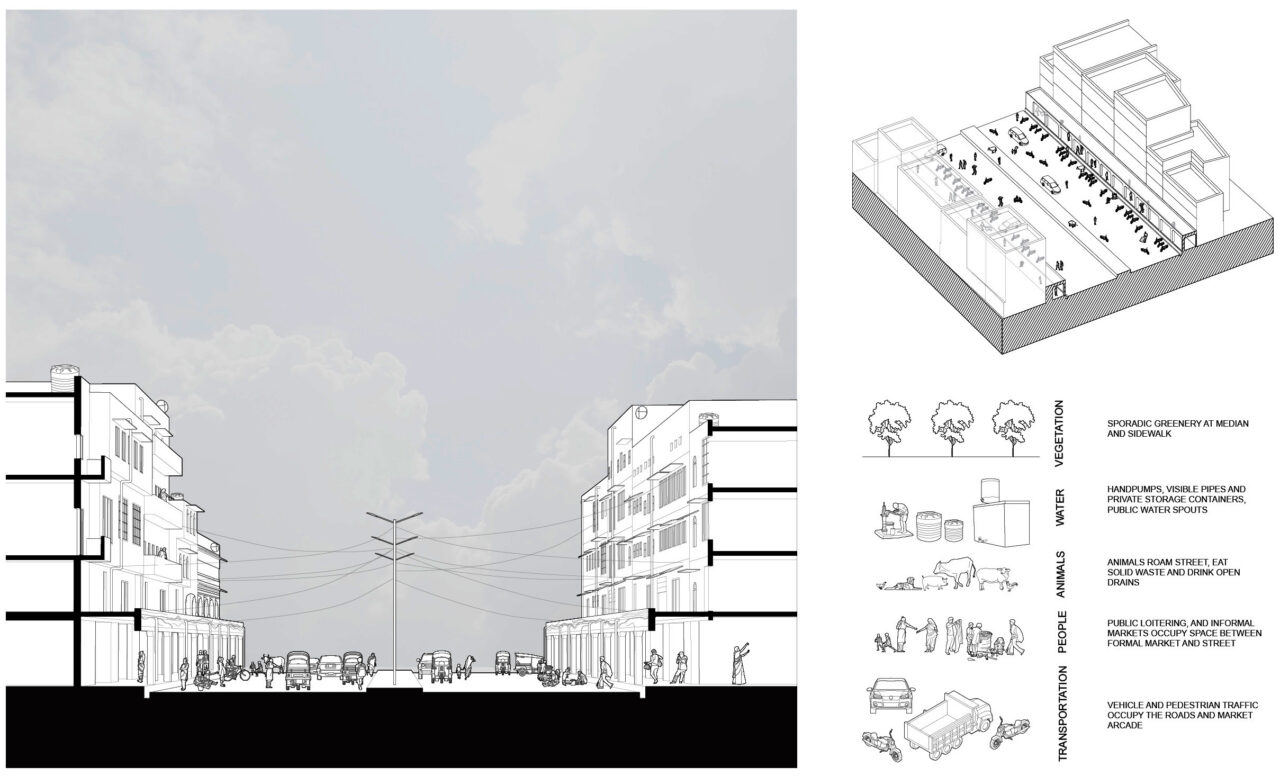 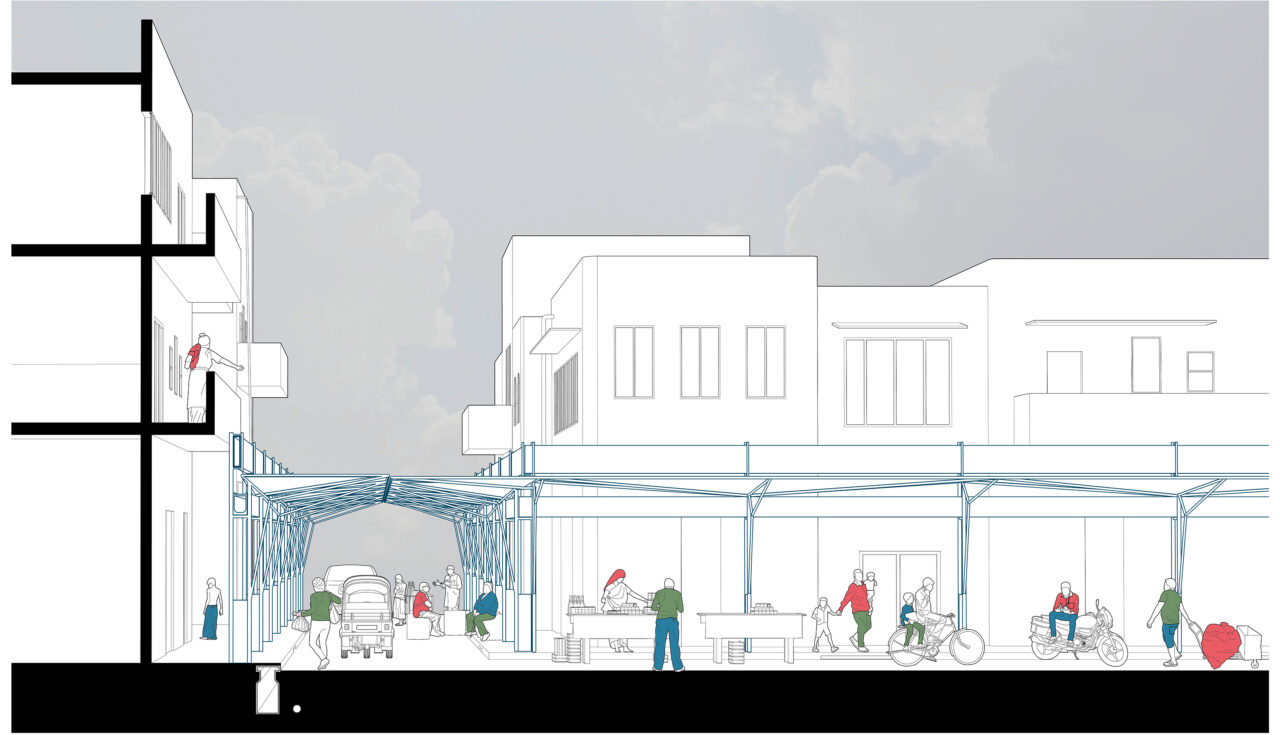 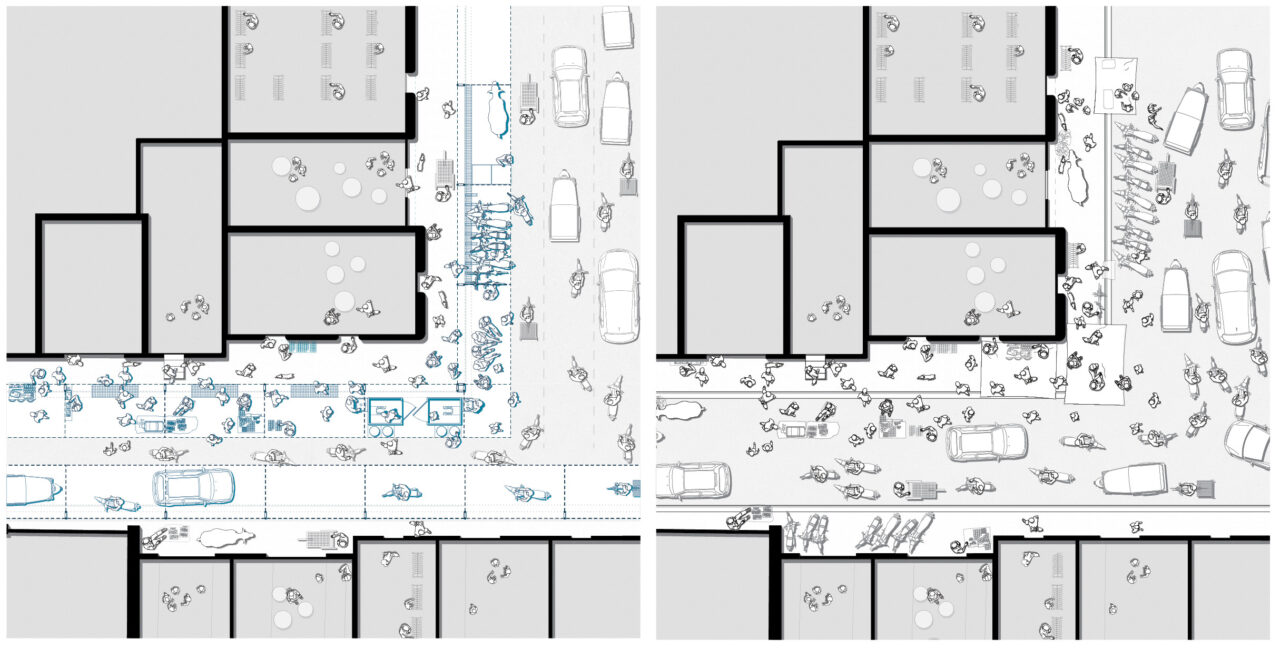 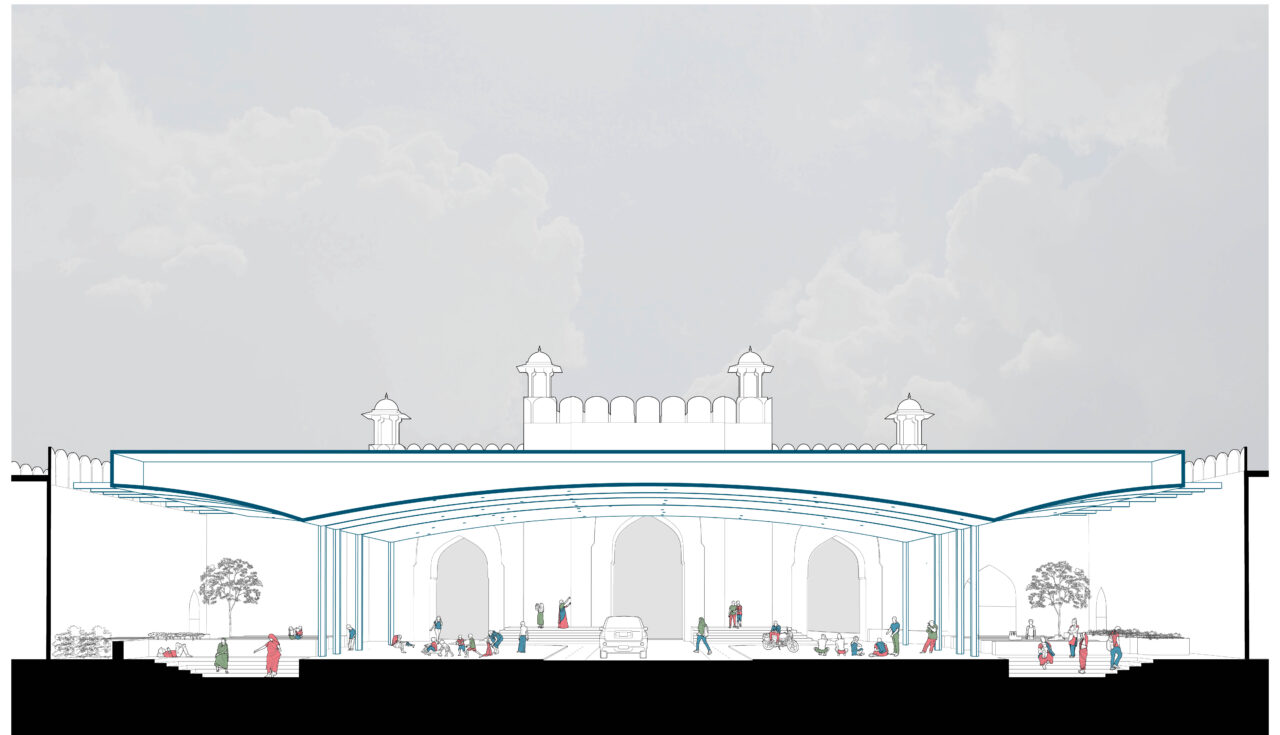 PROPOSED GATE PERSPECTIVE SECTION
Water collected from rooftops through the proposed infrastructural spine is collected is pumped and stored in an overhead tank that doubles as a shade structure in the gates leading into the city. These spaces, which currently act as thoroughfares for traffic are imagined as closed on certain days of the week so that activities like performances/ markets etc can take place under the shaded structure with the backdrop of the gate which represents the splendid architectural heritage of Jaipur. 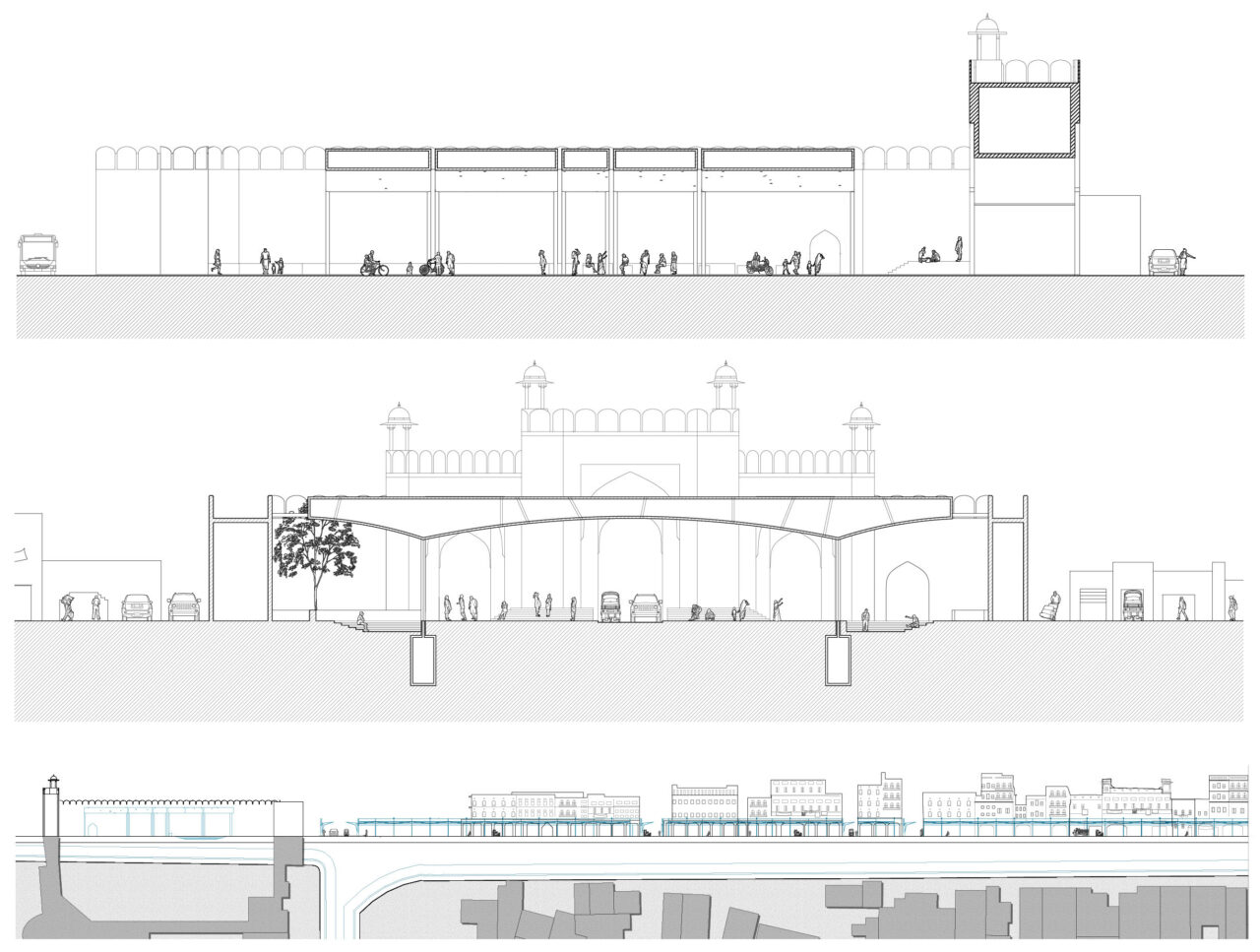 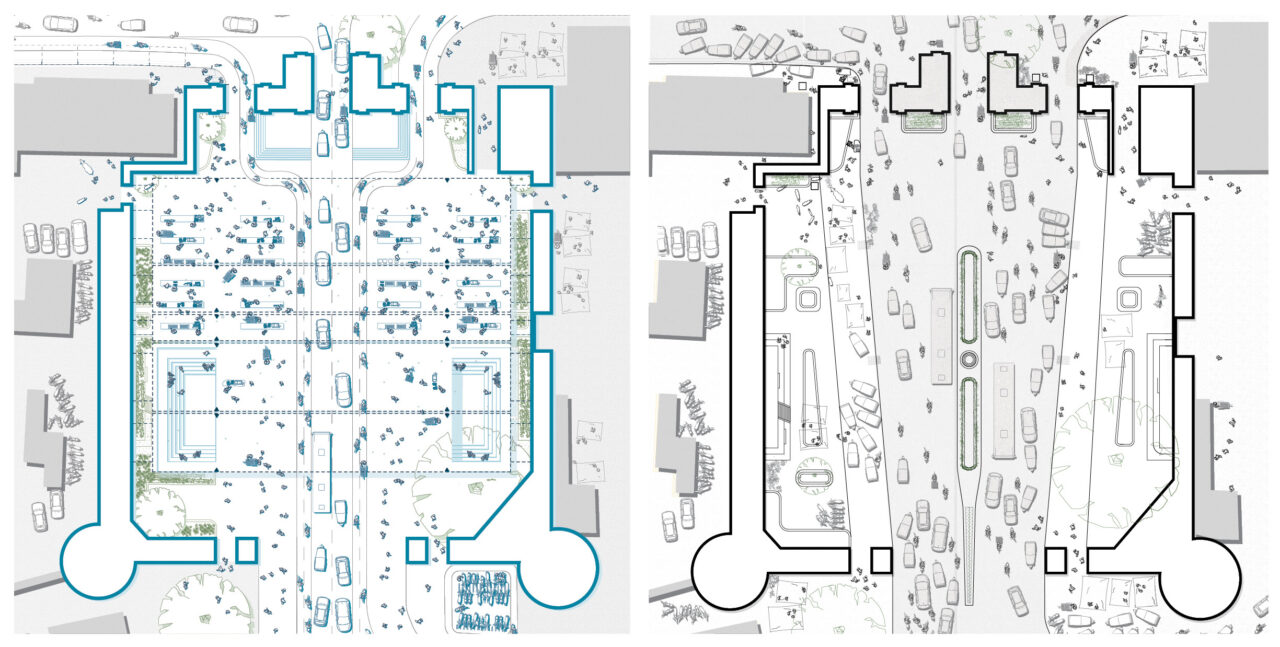 PROPOSED VS EXISTING GATE PLAN
Presently acting as throughfare for traffic, the gate is imgined as accomodating a  water storage tank, holding rain water collected from rooftops of the city, for distribution and domestic use, that also doubles as a shade structure. The street section is re-imagined to be more efficient. The gate is imagined to be closed on certain days of the week so that activities such as performances, exhibitios, markets etc can take place in the gate enclosure.