As one of the most rapidly urbanizing cities in the developing world, New Delhi confronts enormous challenges of urban and social equity at a time of profound economic and climatic uncertainty. As a result, the citizens of the world’s largest democracy live amidst extreme environmental degradation. Existing governance structures have been hard pressed to cope with the pace of the complex and rapidly evolving dynamics of economic and climate change. Toxic air and septic waters are simply collateral damage in this circumstance. They are the indicator of complex urban problems that need a holistic and multidisciplinary approach. The Yamuna River Project aims to help the city of New Delhi and its stakeholders re-imagine and transform the sacred, yet polluted, Yamuna River by offering a research based solution for dysfunctional river-city environments.

This publication presents the result of more than five consecutive years of focused research initiatives and designs from The University of Virginia School of Architecture towards the revitalization of New Delhi’s water bodies. 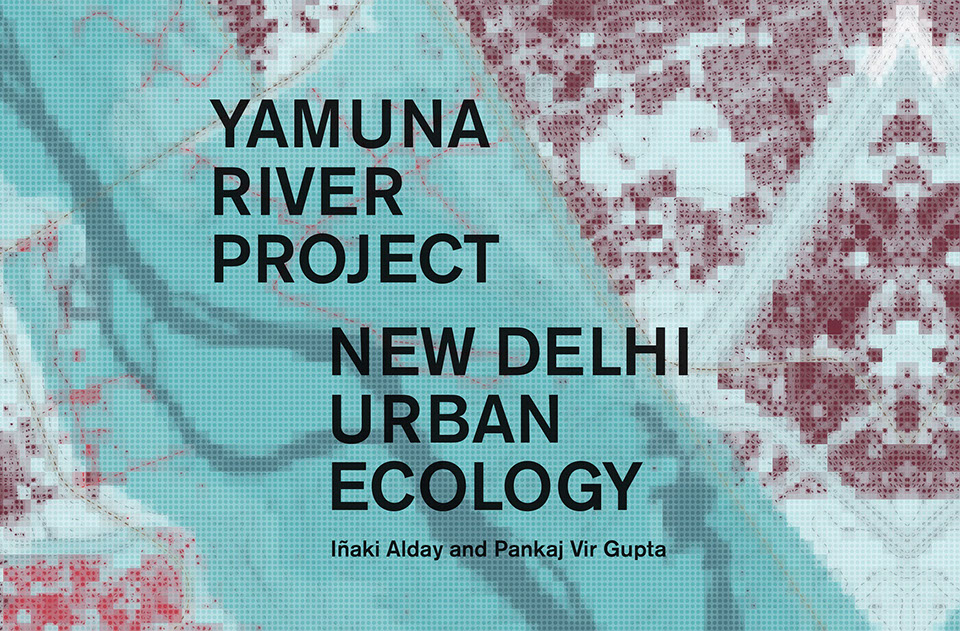 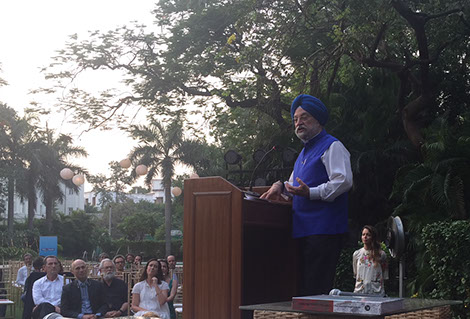 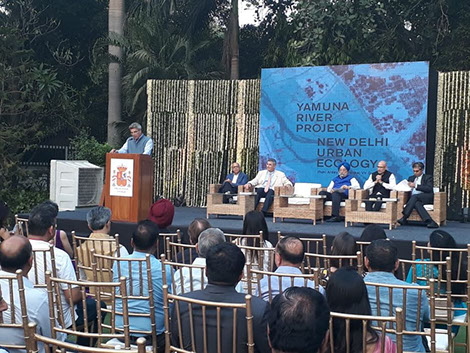 A book launch for the publication, Yamuna River Project: New Delhi Urban Ecology, by UVA School of Architecture faculty Iñaki Alday and Pankaj Vir Gupta, and published by Actar Publishers, was held on April 27th in India. Hosted by Jose Ramon Barañano (Ambassador of Spain in India) and Thomas Katsouleas (Provost at UVA) the event took place at the Spanish Residence, Embassy of Spain in New Delhi.

The launch was a huge success, with major media outlets like India Today, India.com, Business Standard and Outlook India reporting on the event.

As announced by India Today and the Press Trust of India (PTI), Minister of State for Housing and Urban Affairs Hon. Shri Hardeep Singh Puri, the Chief Guest at the book launch, expressed the importance of this project and the Delhi Development Authority (DDA)’s commitment to a comprehensive plan to restore and rejuvenate the Yamuna River. “We are seeing a revival of focus on rejuvenation of rivers and it is a must. For the Indian civilization in its modern form, we got [sic] to rejuvenate the urban space, and the cleaning and rejuvenation of the Yamuna and Ganga is at the heart of that.”

The event garnered the attention of many key constituents, with attendees including Minister of Housing and Urban Affairs, Honorable Hardeep Singh Puri; the Secretary of the Ministry of Water Resources, Mr. U.P. Singh; the Joint Secretary of the Ministry of Commerce and former CEO of the Delhi Jal Board (Delhi Water Authority), Mr. Keshav Chandra; President of YES Bank, Dr. Chubi Saturvedi; Head of the European Investment Bank and the Deputy Head of the Delegation of the European Union to India, Mr. Donald Canon and many more. Other guests included several representatives of the diplomatic community, representatives of several NGOs, including Toxic Links and CSE, CEOs of infrastructure companies based in India, artists and creative professionals.

This publication presents the result of more than five consecutive years of focused research initiatives and designs from The University of Virginia School of Architecture and other university collaborators towards the revitalization of New Delhi’s water bodies. In collaboration with the Delhi Jal Board, The Yamuna River Project is an interdisciplinary research program, proposing to revitalize the ecology of the Yamuna River in New Delhi, and creating vital urban links with the Yamuna river, as it flows through India’s capital city.

Co-host and UVA Provost, Thomas Katsouleas, described the project as the single largest, multi-disciplinary study at the University of Virginia.

The Embassy of Spain in Delhi is honored to partner with the University of Virginia in a project that has the potential to change the way in which the development of a metropolis is conceived. Over the past decades, Spain has invested heavily in providing its cities with technology rich services, mobility and transportation systems, while guaranteeing efficient energy and water resource availability and management. Spain can rightfully claim to being a game changer when it comes to dramatic and sustainable urban transformation. Several Spanish cities like Barcelona, Bilbao, Madrid, Málaga and Santander are considered international benchmarks in the promotion of smart urban planning, incorporating new technologies to improve the city´s products, services and environment. Additionally, Spain chairs the United Nations Platform for Smart Sustainable Cities (U4SSC) gathering smart city stakeholders and advocating for public policy to encourage the use of ICTs to facilitate the transition to smart sustainable cities. Spain owes its “smart” success story to the long promoted model of sustainable urban development, a development that must be invariably adapted to the existing geographic, geological and climatic context of any urban area. Thus, Spain has linked its profound experience in water, basin and river management to the growth of the country and the needs of its population.

The Yamuna River Project binds all these focus areas in one multifaceted and brilliantly designed path. It mirrors for Delhi what Spain has advocated for its own cities, and hence brings Spain and India one step closer in jointly defining their priorities for a shared future.