This proposal aims to delimit the urban sprawl taking place in Delhi’s northern edge though the development of a peri-urban green belt. This is achieved by redensifying and developing urban areas, as well as delimiting, connecting and renovating rural nuclei in order to articulate the metropolis. The Urban Extension Road II along the structural green belt acts as a membrane between the urban and rural areas, while containing high density development along the interior. Spatial continuity is created through socio-ecological corridors connecting the outer ring road with the with the green belt. Rural areas are consolidated with a focus on preserving agricultural and forest land. As a result, the national capital territory also becomes the metropolitan area of Delhi. This proposal is capable of accommodating a growth of approximately 8.9 million people, while strategically containing the sprawl out into the vast neighboring farmland. 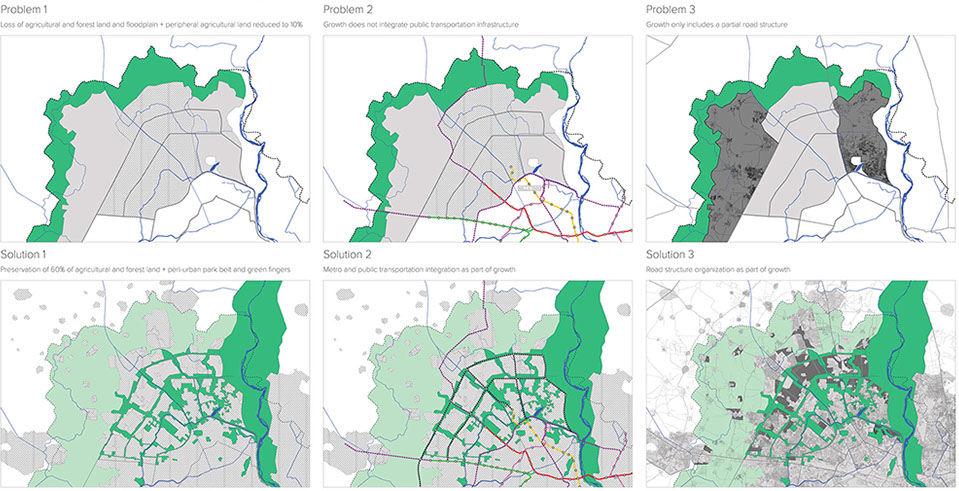 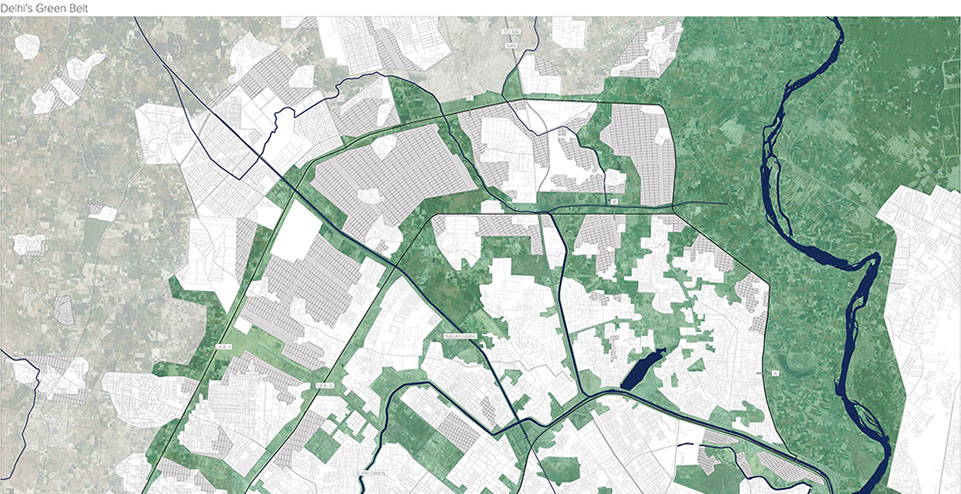 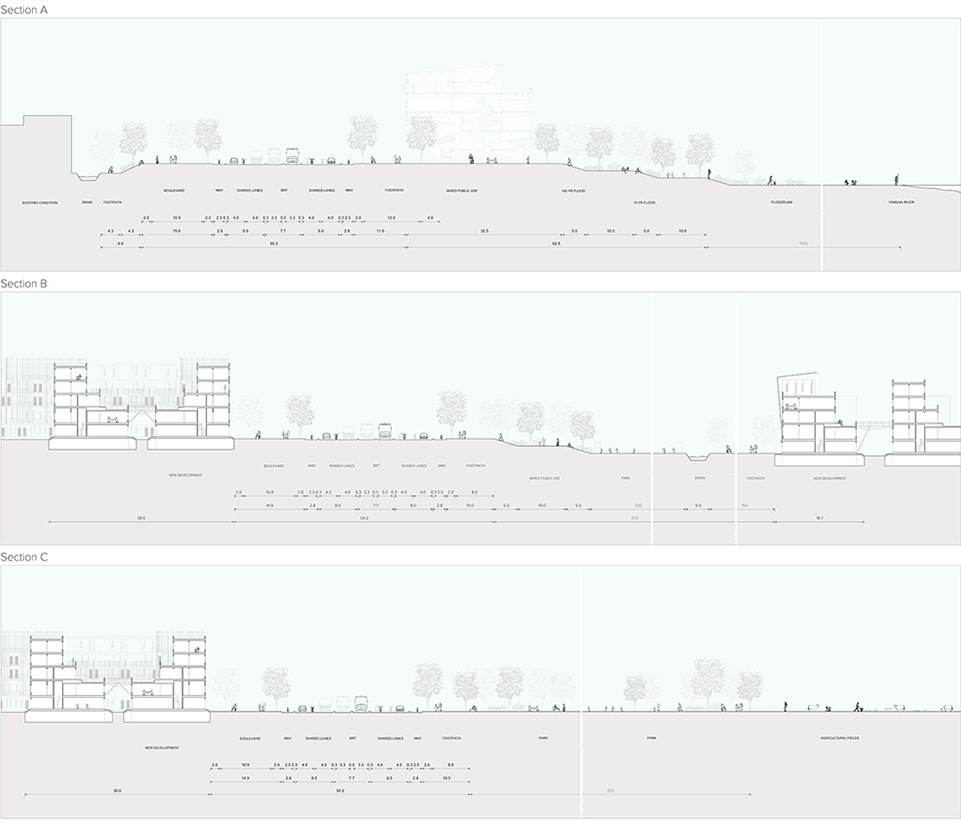