As one of the most continuous linear systems of undeveloped space in the city, Delhi’s urban waterways are a contested territory. A shortage of land in the urban core, combined with opportunistic infrastructure planning, has led to the layering of multiple infrastructures—including storm water, sewage, solid waste, electricity, and vehicular transportation—on top of the drain corridors. The clogging of these urban arteries has in many cases precluded their use as public space, and caused adjacent neighborhoods to turn their backs.

The Palam Drain is a natural test site for an intervention in this urban system. On an average day, the Palam Drain carries 10 million gallons of untreated sewage and solid waste from surrounding settlements to the Najafgarh Drain and on to the Yamuna River. At 14 km, the Palam Drain is one of the longest tributary drains in the city, and it passes through a series of dramatically different social and spatial conditions: from the forested Delhi Ridge down through the headquarters of the Indian Army, passing through the city’s largest contiguous informal settlement and the up-and-coming planned neighborhood of Dwarka on its way to the Najafgarh Drain. In addition to waste and storm water, the Palam Drain corridor also transmits electricity (to and from the Dwarka Electrical Substation) and people, by way of a six-lane road that caps 5 kilometers of the drain course. 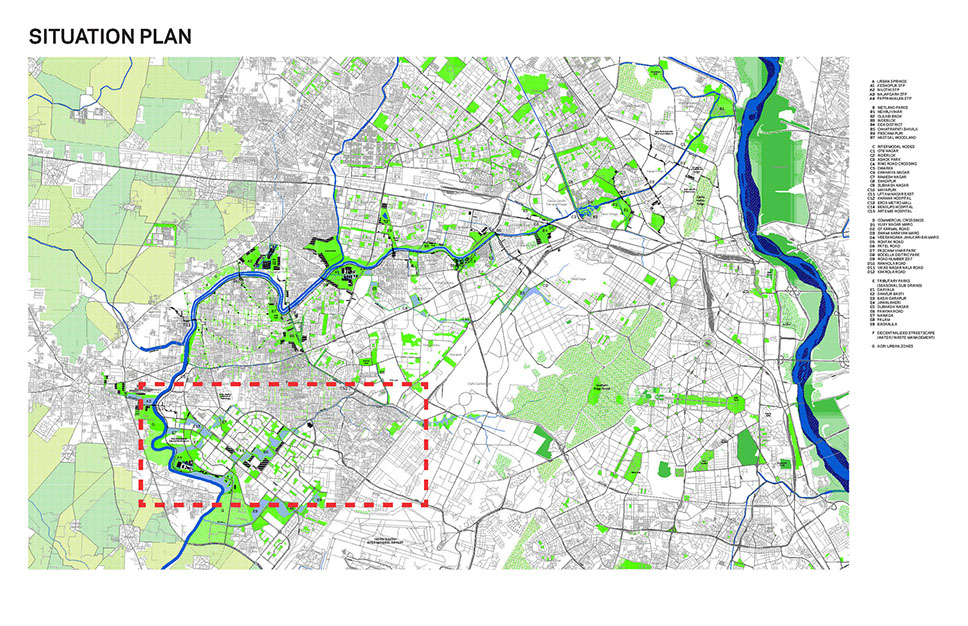 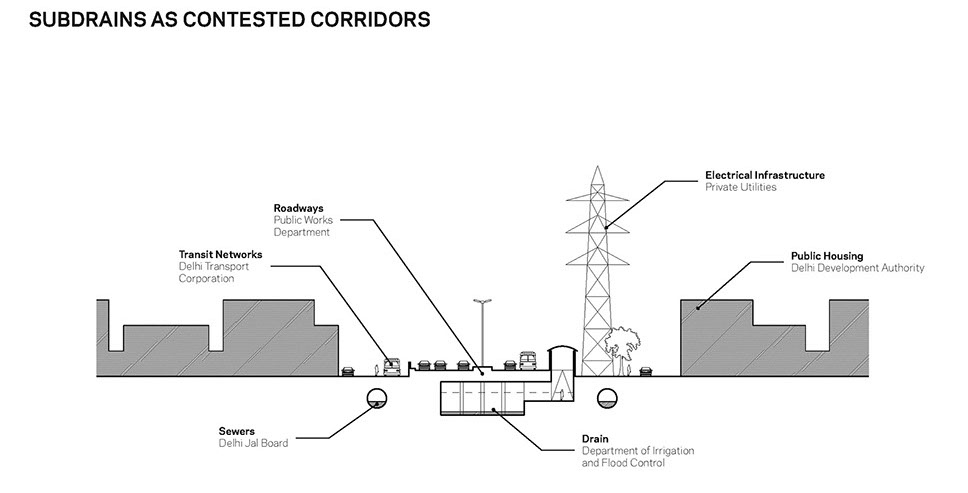 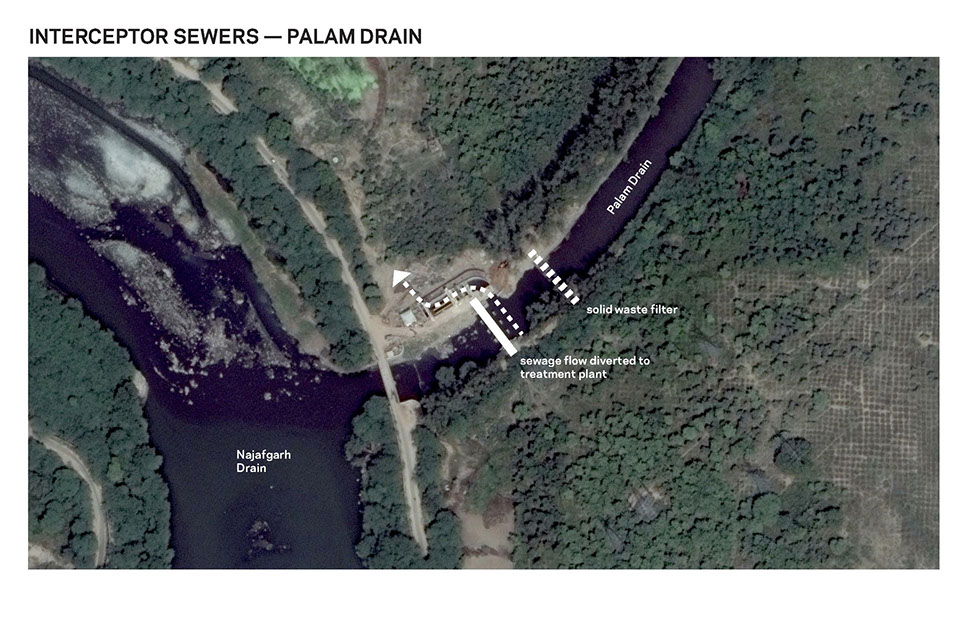 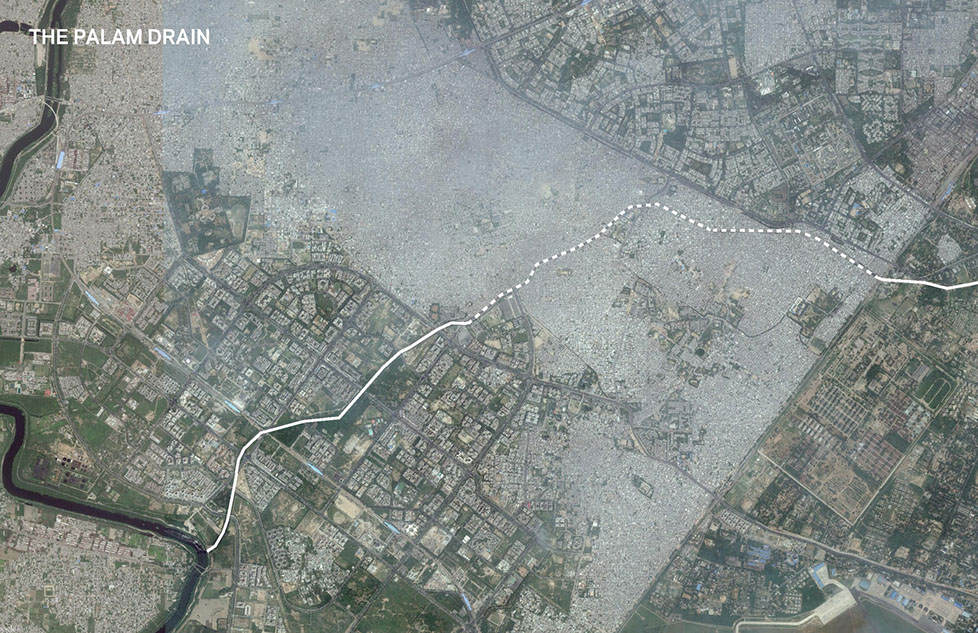 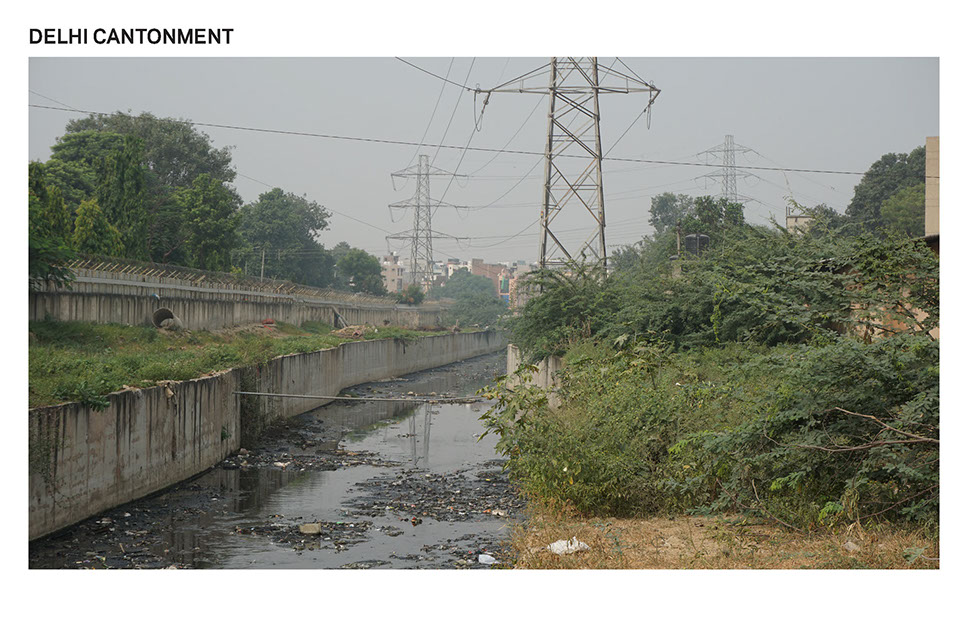 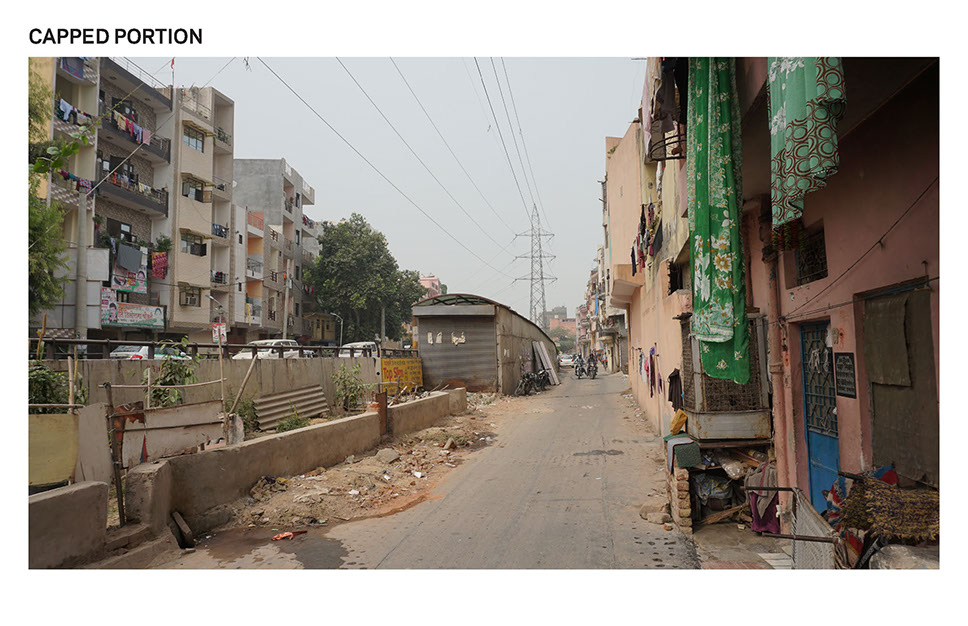 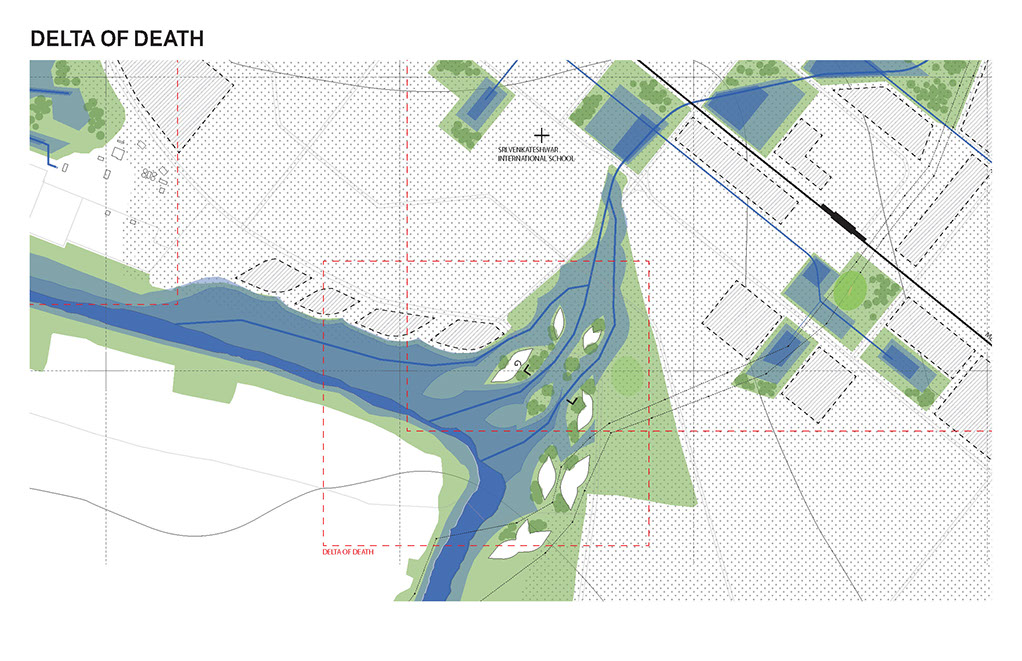 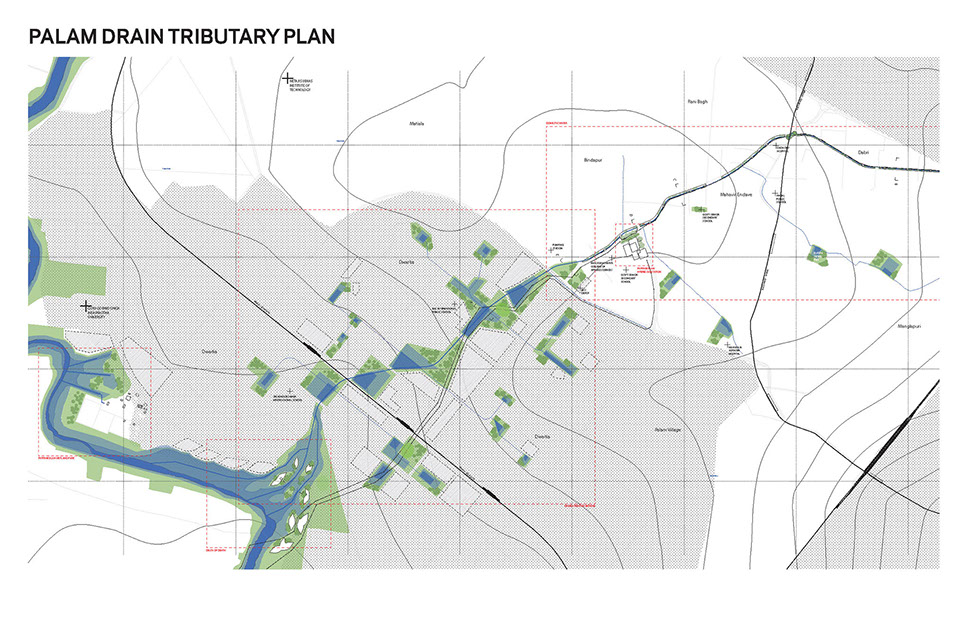 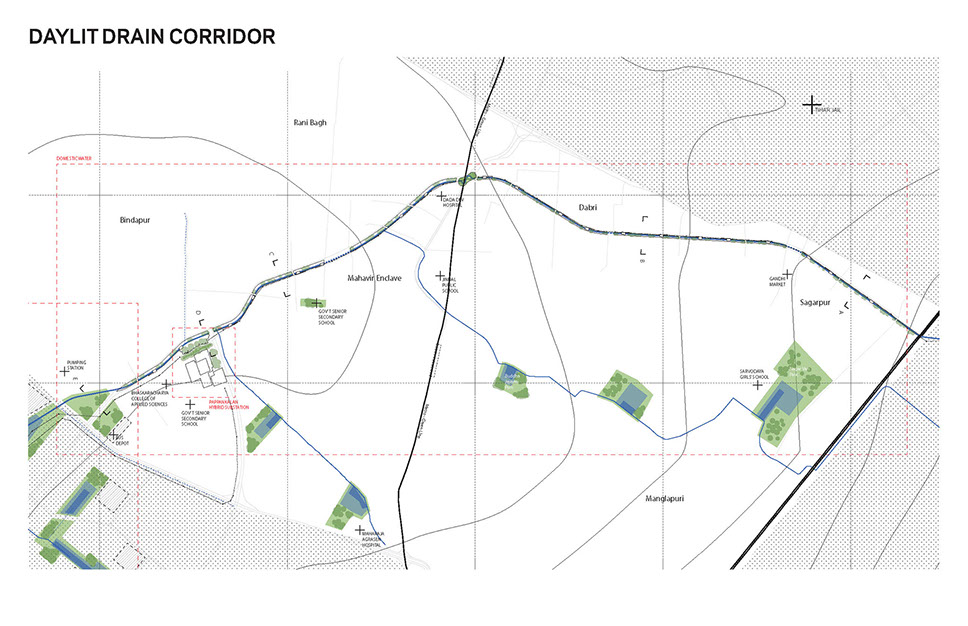 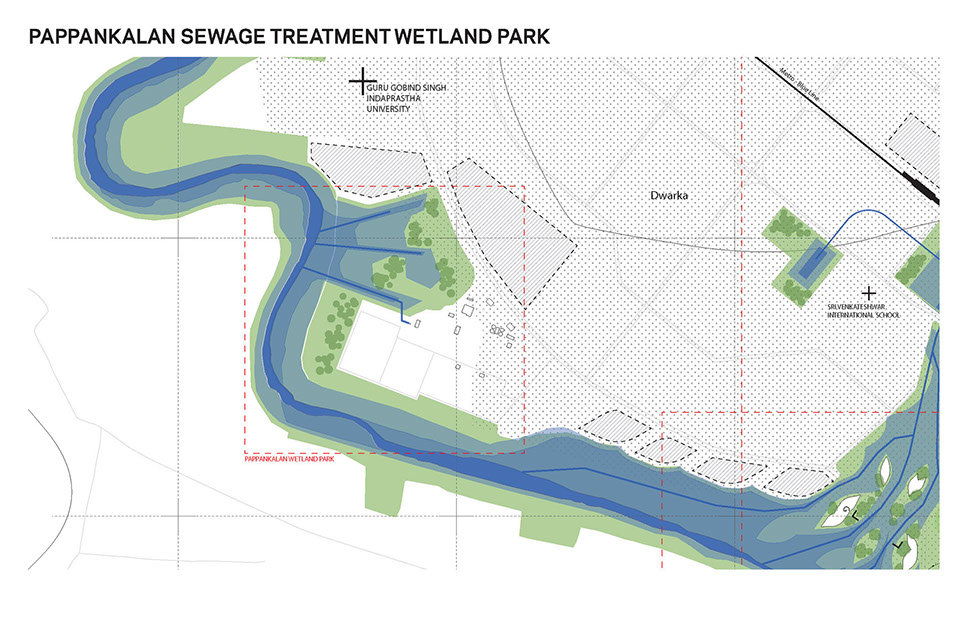