The current state of the Pankha Drain, located in Hastsal Village, is one that causes physical harm to the inhabitants surrounding it. To the east of the sewage filled drain, dangerous residential conditions and unmaintained infrastructure wreak havoc on the of the un-served portion of Delhi’s population, while the communities to the west of the drain enjoy improved living conditions. Acting as a buffer between the two demographics, the existing drain has an opportunity to stitch the communities together through a spine that facilitates organization both laterally and longitudinally. As the sub-drain infrastructure is implemented, the sewage will be removed and the drain will become seasonal, only filling with monsoon water. Hastsal Village is riddled with fragments of used and unused lots and parks. These parks can be systematically organized by converting the dry sub-drain into a green datum that runs from Uttam Nagar East to the Najafgarh Drain. This park system would provide a safe passage for the underserved low income communities to reach the metro station three kilometers away, create a framework for housing to host those displaced along the drain, act as a catalyst for economic stimulation, and clean the water in the area as part of a much larger system. A hybrid housing typology would anchor neighborhood systems organized along the newly designed park. The park spine would provide lateral public space that varies due to controlled flooding while still achieving its linear responsibility of directly connecting the existing transportation infrastructure to communities along the Najafgarh Drain. 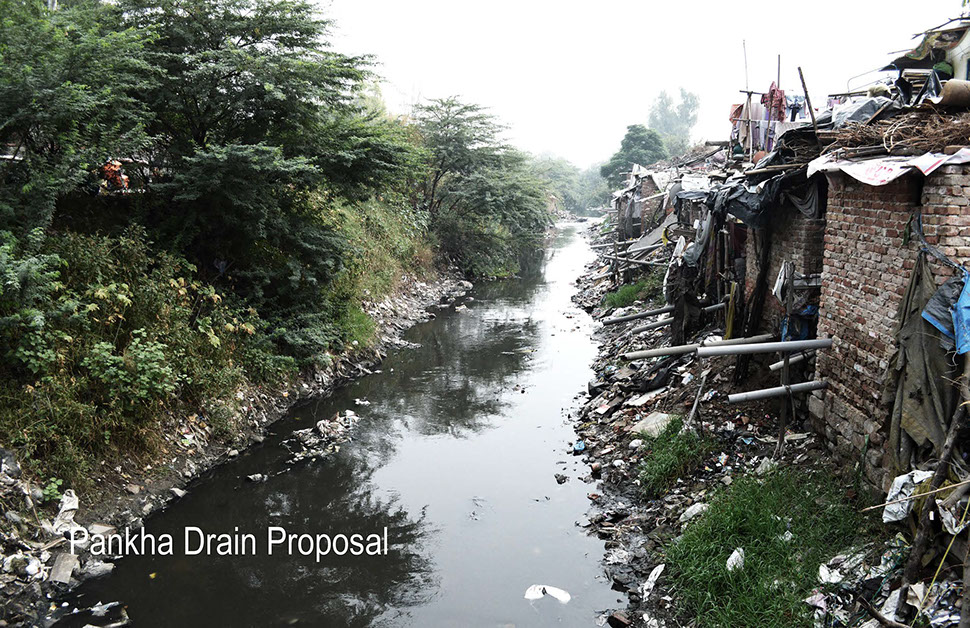 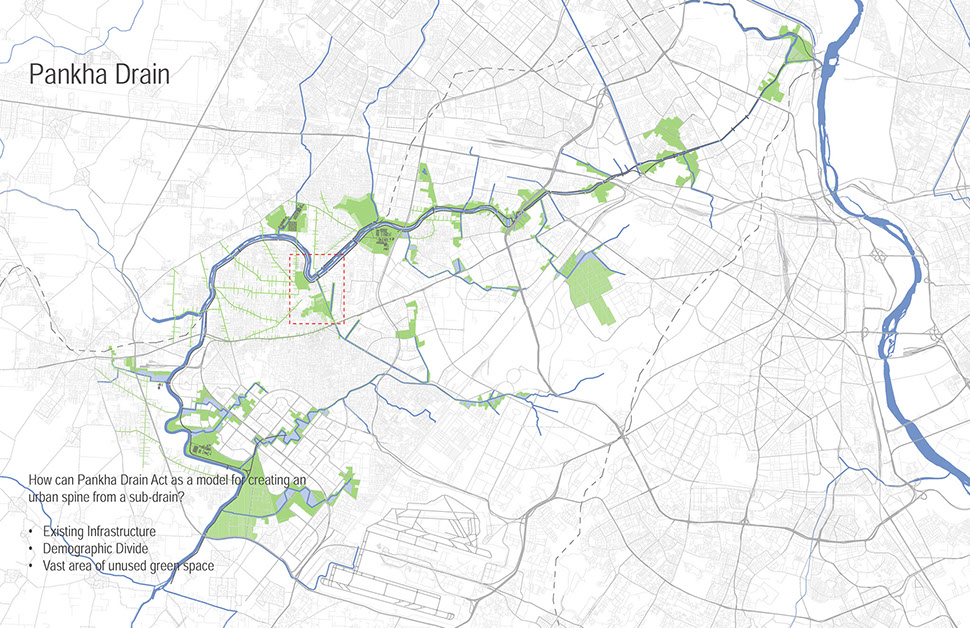 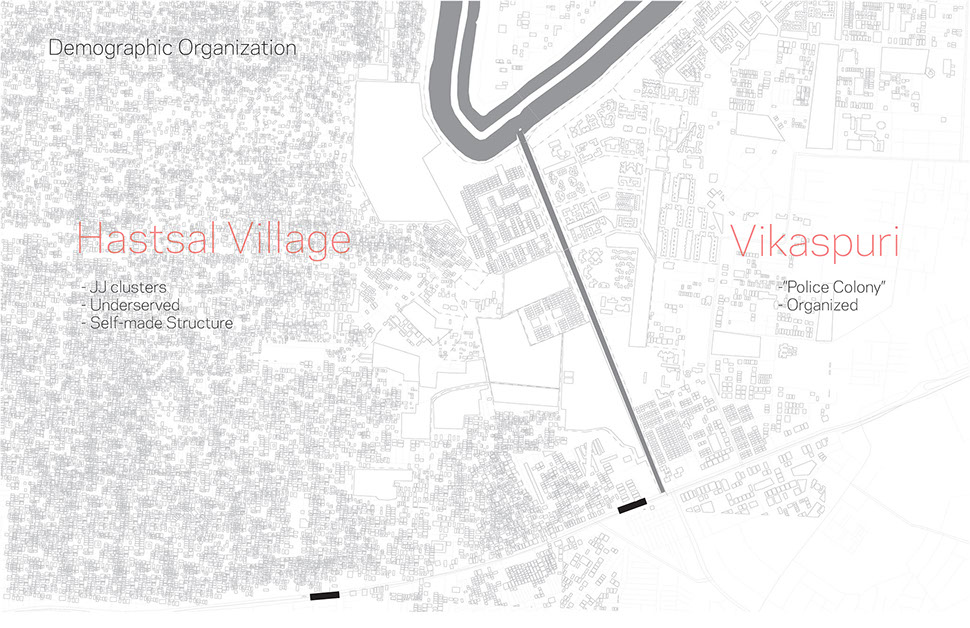 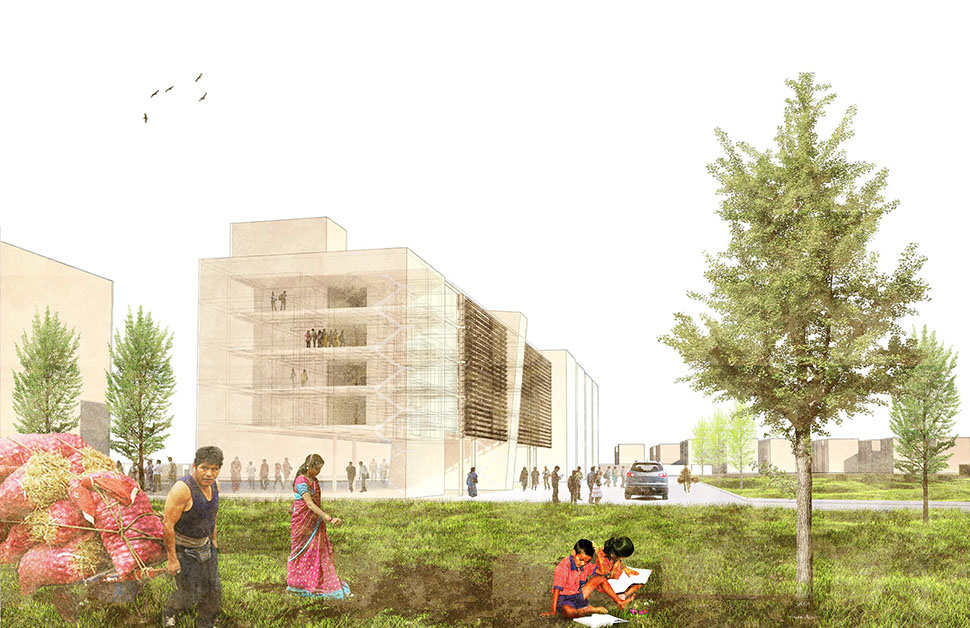 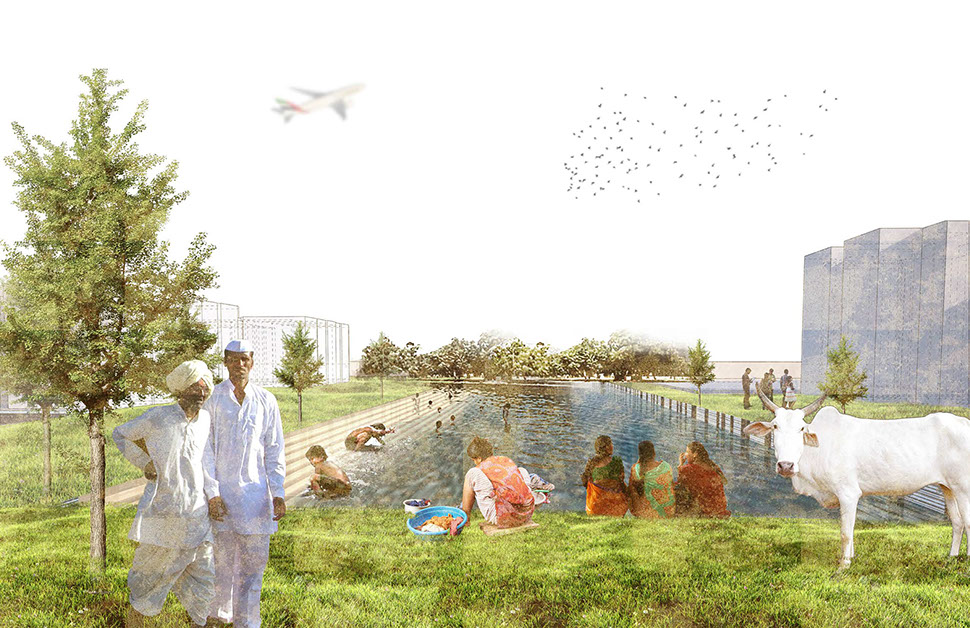 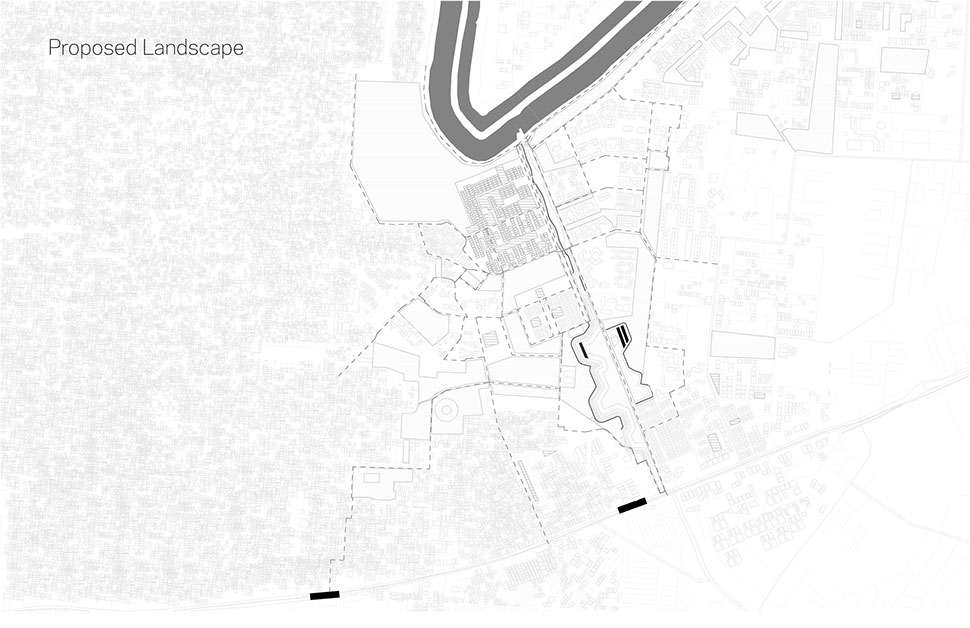 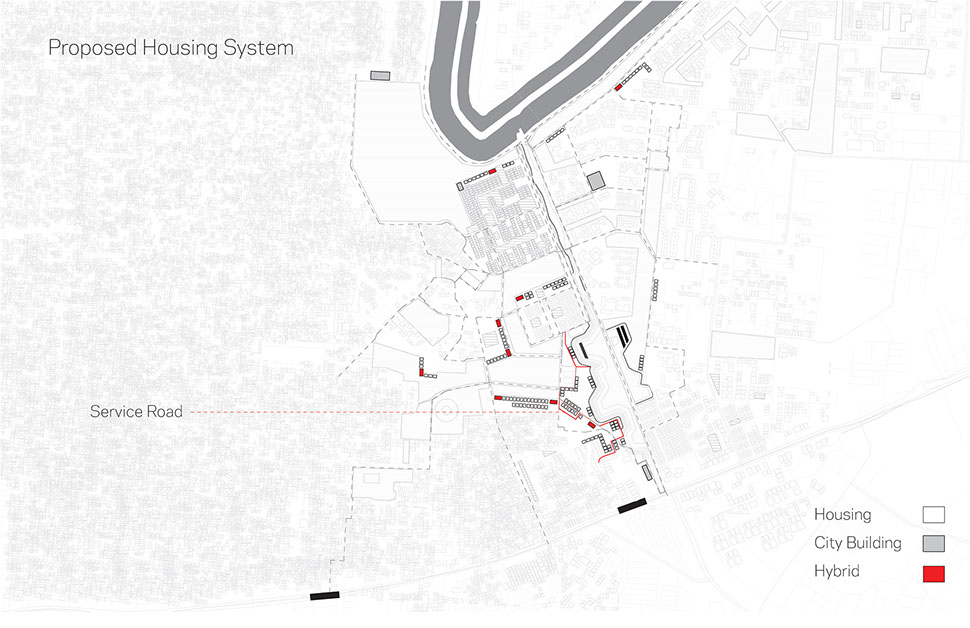 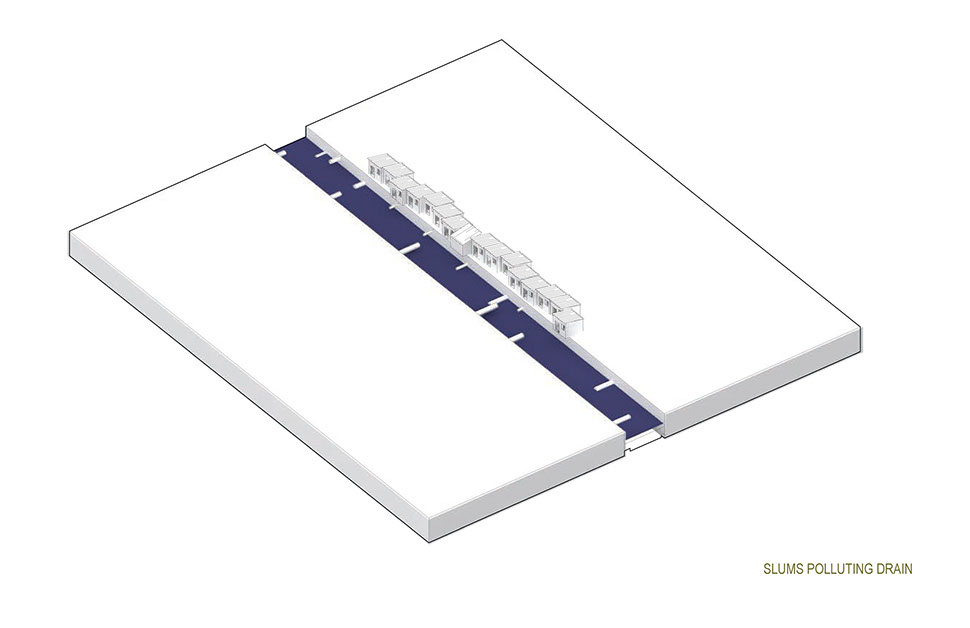 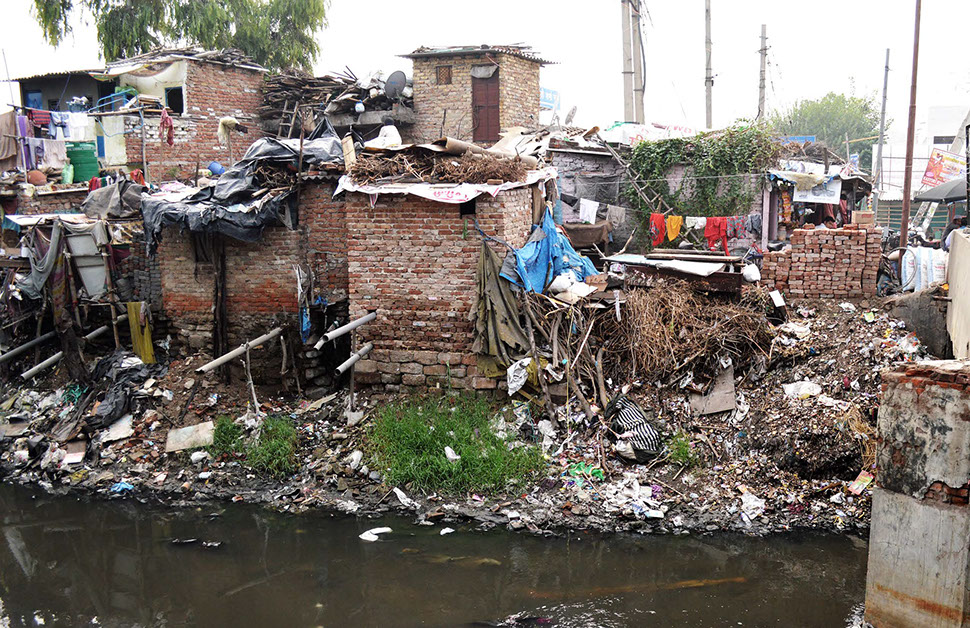 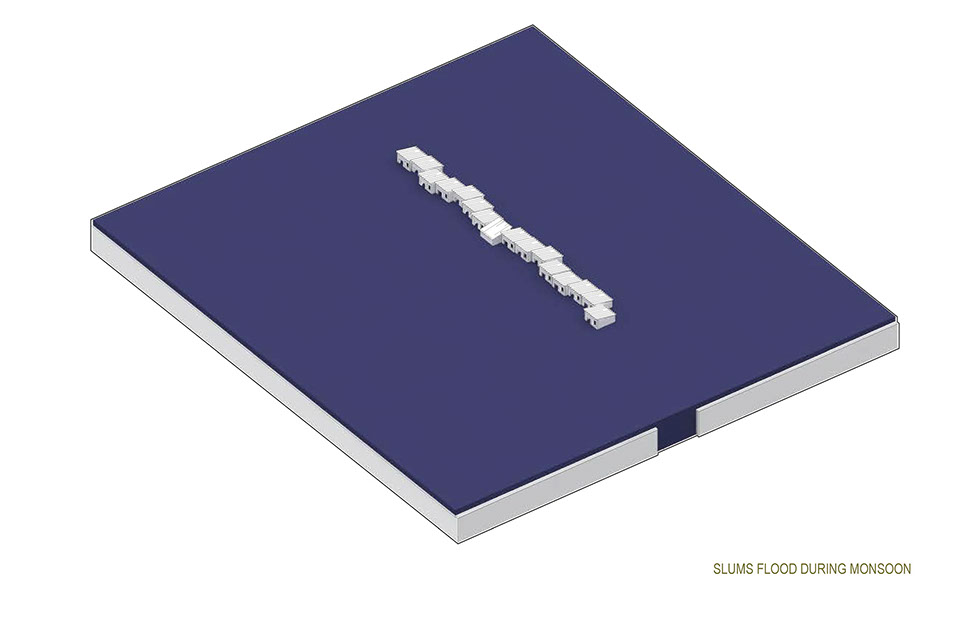 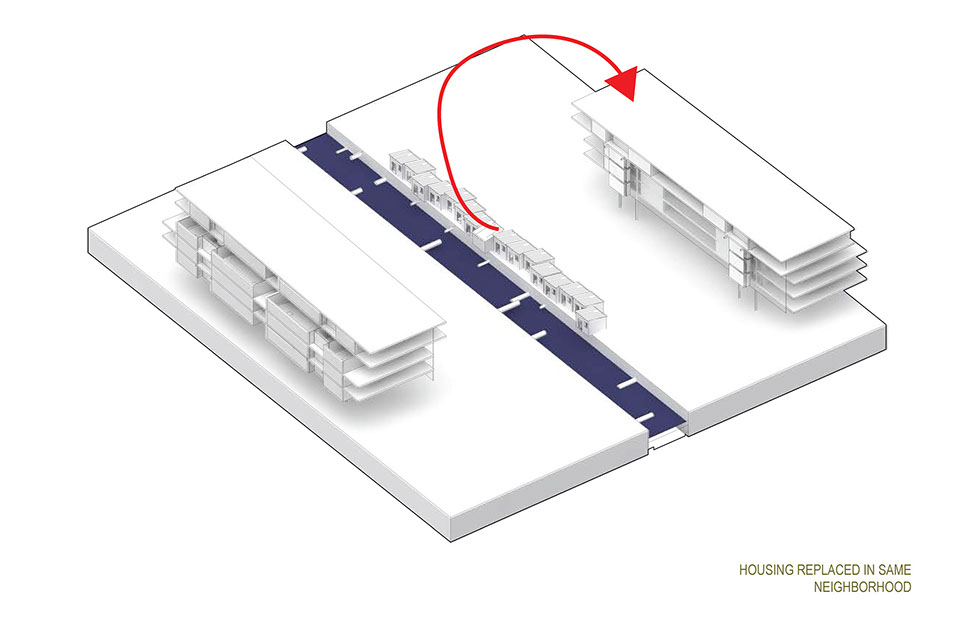 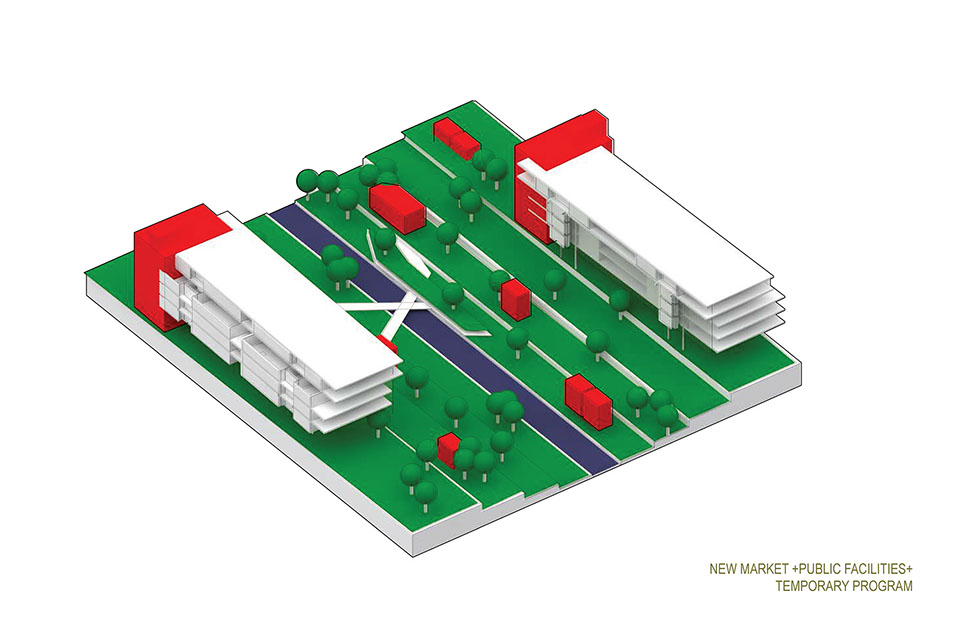 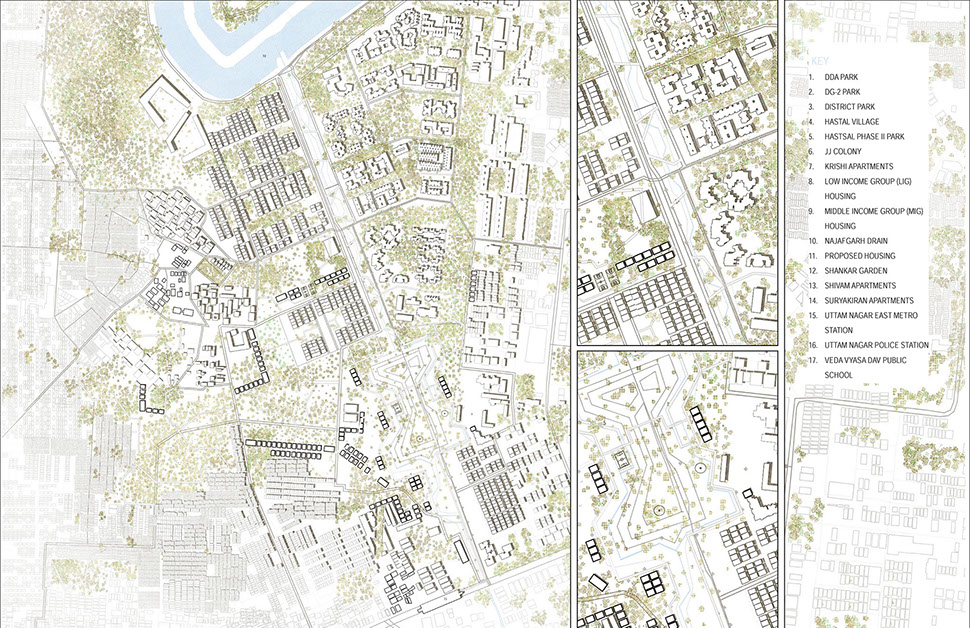 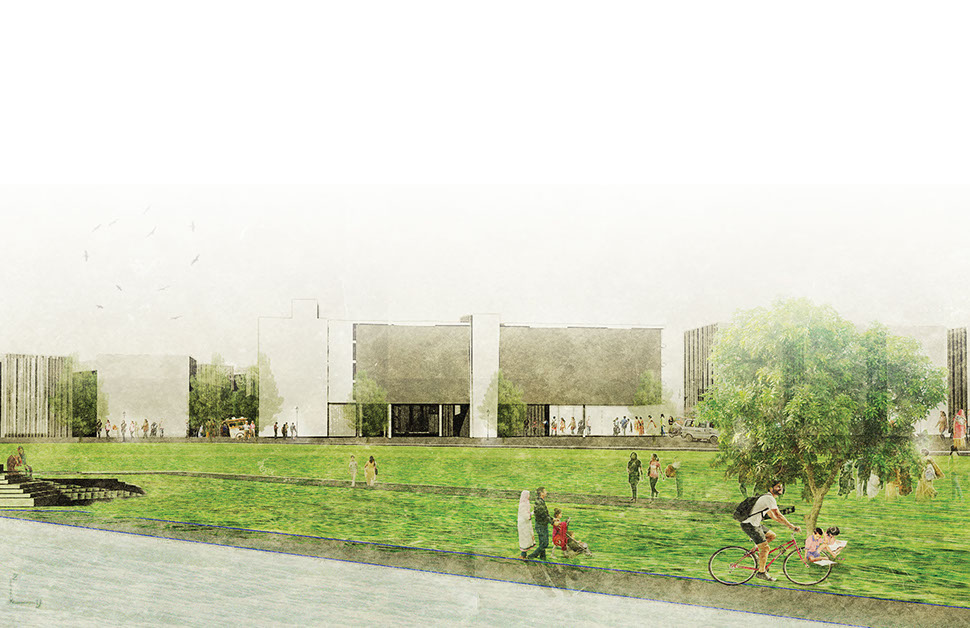 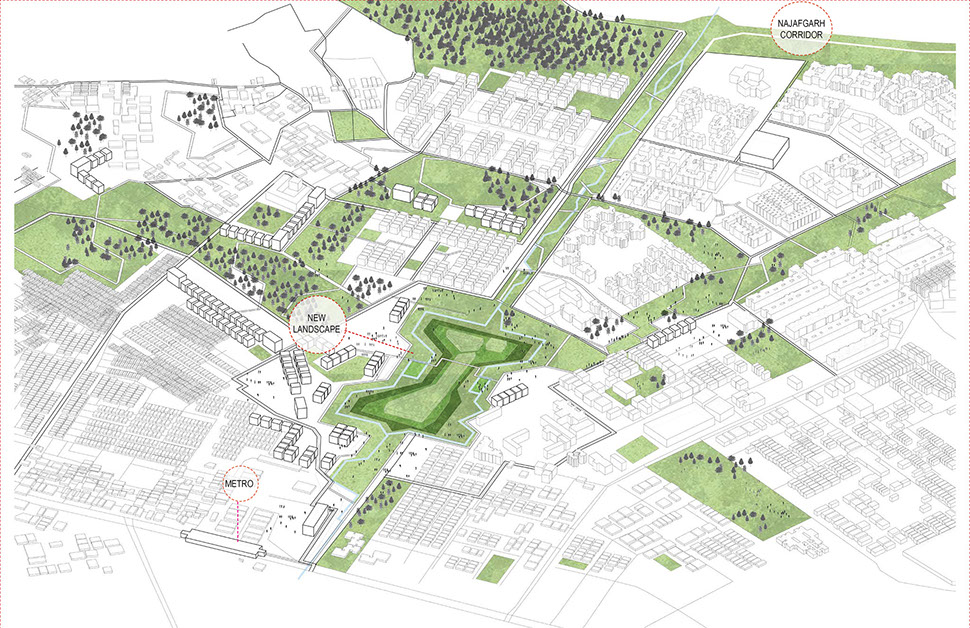 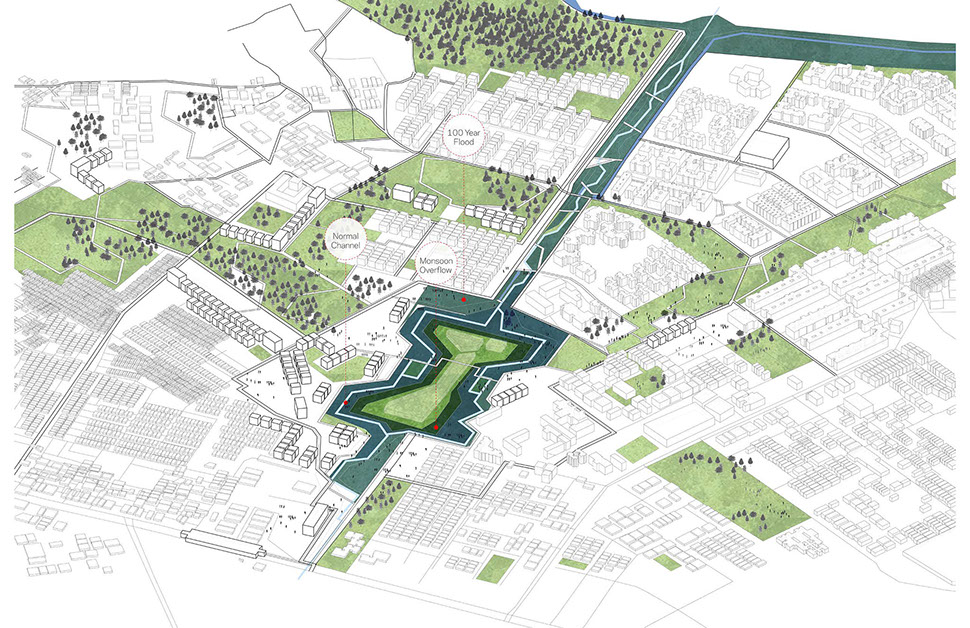 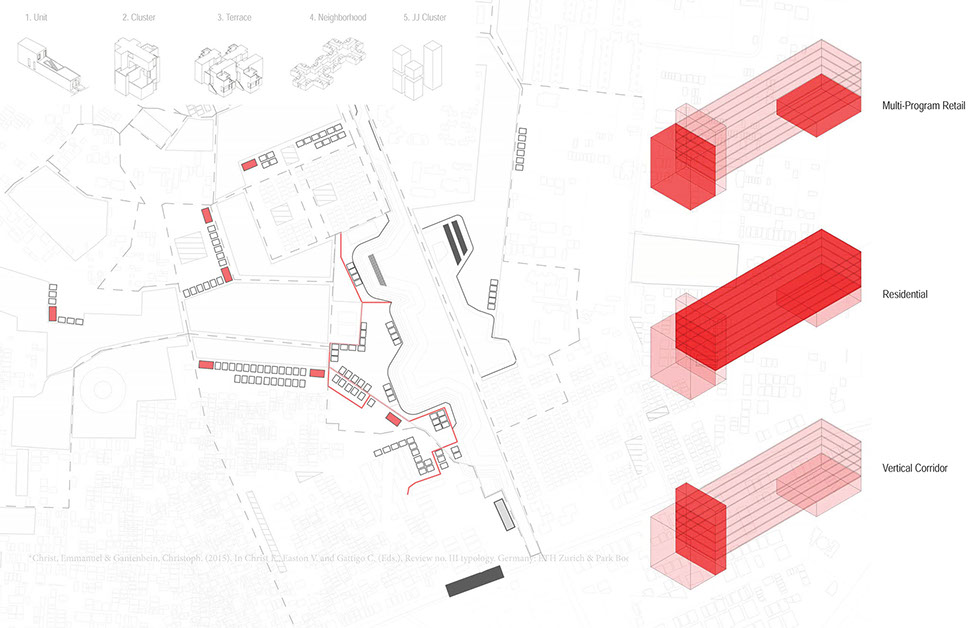