The mouth of the Palam drain is bound by multiple programmatic and spatial conditions. At the edge lies a mass cremation and burial ground, to the north, a major apartment and housing complex, as well as plots of unused land owned by the Delhi Development Authority, and lastly, a mile downstream the Najafgarh drain, is one of Delhi’s major Sewage Treatment Plants, the Palampakkan Treatment Plant. This site possesses the potential for spatial, urban importance at multiple scales of Delhi, and thus provides the opportunity for reintegrating the community into the site through the cultural significance of water practices. Specifically, this project will unify spaces of religious, post-mortem practice with infrastructural spaces that can serve the entirety of the regional city, including a water treatment park and public housing project.

The first step of the project involves rechanneling the mouth of the drain and excavating the site into a more delta like form in order to withstand the multiple levels of flooding. This will produce lines of interconnection and islands (or rather peninsulas) for 6 separate religious groups (Sikh, Muslim, Hindu, Buddhist, Muslim and Christian) that are predominant in Delhi. Each religious group will have a space (church, temple) for prayer and common practice, a green space that serves a dual function of reflection and the deceased, a cremation and mortuary facility that can service the needs for any desired form of burial, and a space for intergenerational gathering.

At an even broader scale, this project is tackling the multiple scales of water utilization and consumption in ways that are specifically unprecedented for a city of this density and urban conditions. Specifically, there are three sources and methods by which water is brought into the site, and all of which will be connected by floodable roads and pathways for pedestrian transportation. Water that is treated for sewage-specific processing is going to be pulled away from the confines of a closed sewage treatment plant and instead pulled through a wetland park that services the needs of a predominant housing community. Simultaneously, water is being directed from a larger water park from the subdrain into the main site of cremation. This is occurring while the main body of water from the Najafgarh is being allowed to dry up and flood in accordance with networks of public and private spaces for every nearby community. 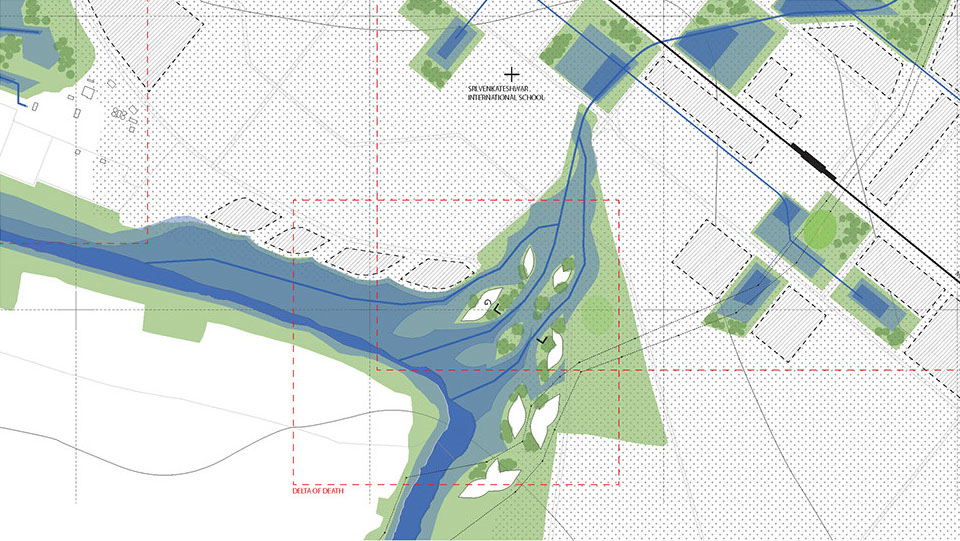 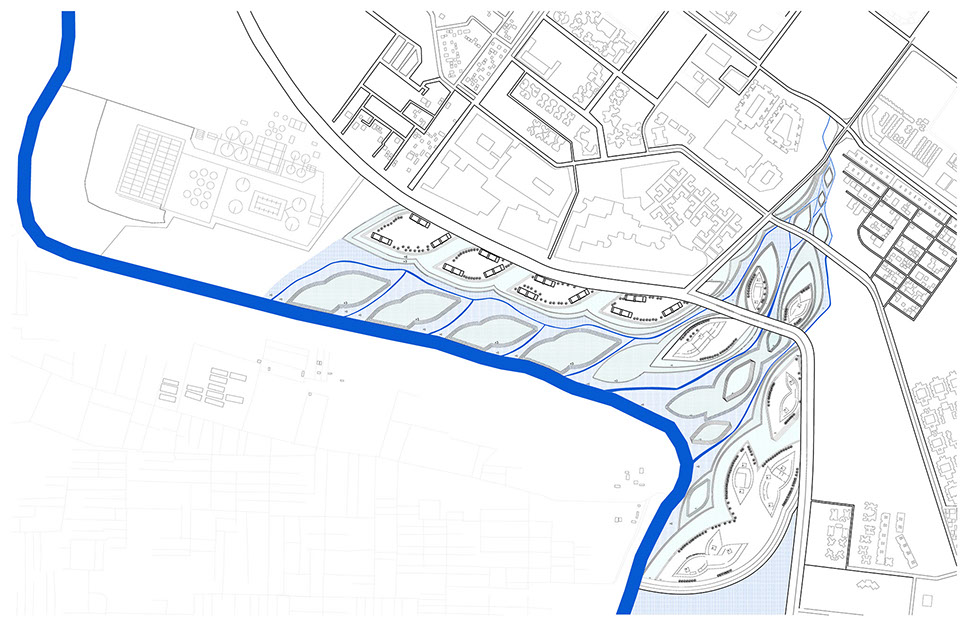 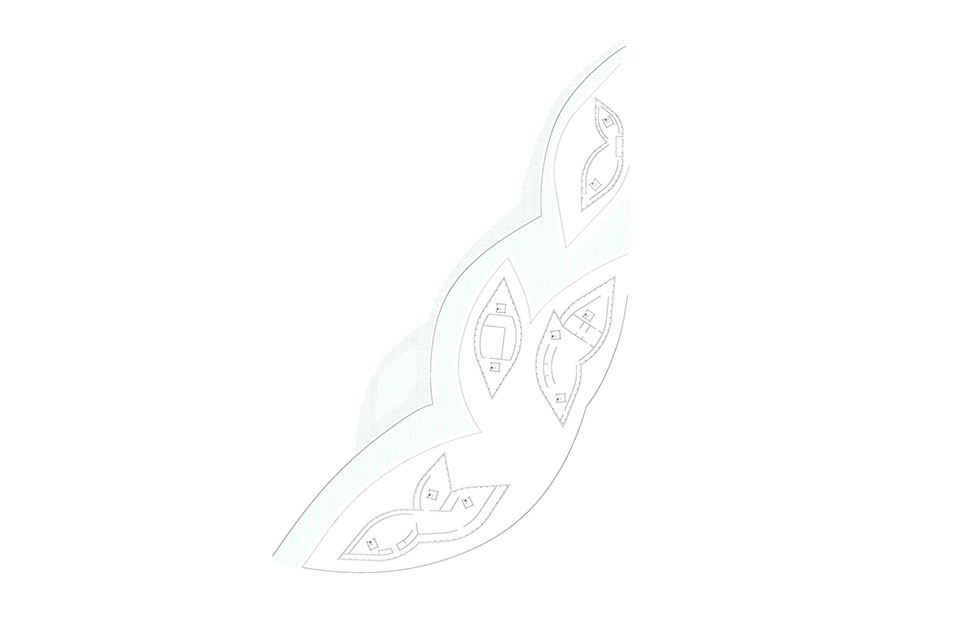