As an extension of a new cultural corridor in Delhi, the Public Library of Delhi serves as program which brings relevance and accessibility to Purana Qila, the dilapidating Old Fort in the center of the capital.  The library is situated as an expansion of the fort wall, which historically was used as programmed space necessary to the functioning of the fort.    To enter the library, one walks through a cut beneath the fort wall.  The library then opens up to the visitor as  a series of public spaces formed along an accent from the bottom of the cultural cut up into the fort itself.  This new democratic library is situated in contrast to Humayun’s private library above, as a way for Delhi to gain access to knowledge through digital, physical, and personal interfaces.  Additionally, it provides the visitor with a new experience of the fort itself as historical artifact.

A new Purana Qila is thus established by allowing access to the fort in such a way that uses the ruinous quality of the fort to establish constraints.  The program’s spatial qualities are defined by a series of dualities including  transparency and opaqueness, light and dark, as well as exposure/dominance over the landscape as well as protection from within.  While the preservation of the dilapidating fort is a goal, it is more generally important to bring relevance to the fort, whereby using new construction as an opportunity to activate dormant spatial experiences. 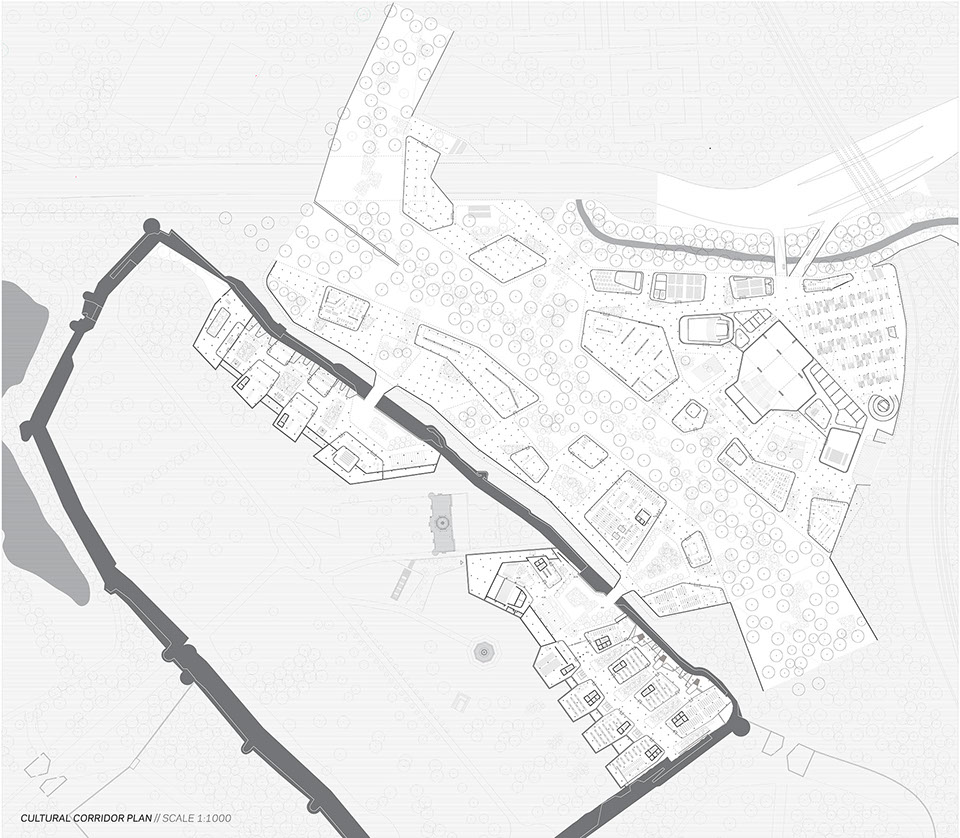 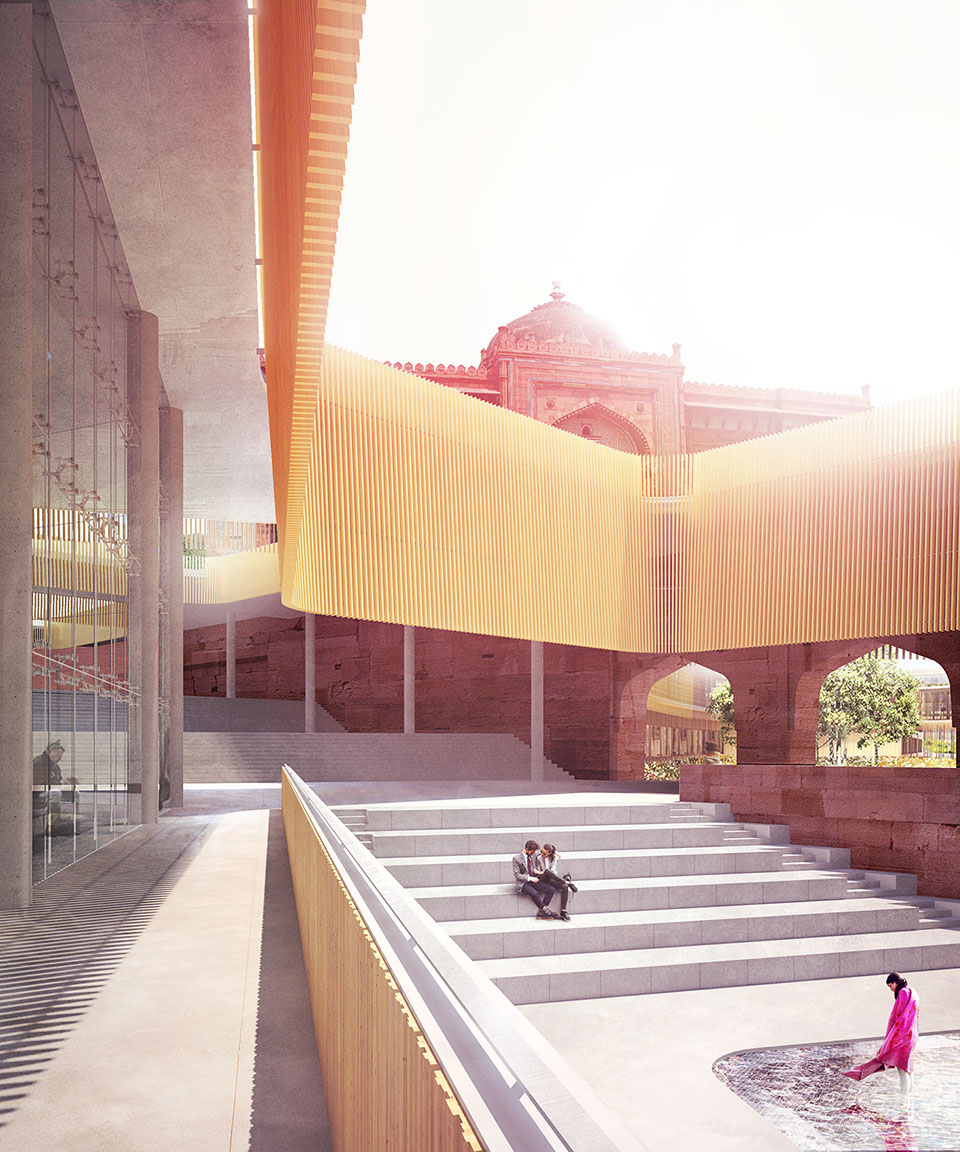 Level one, inner courtyard and amphitheater. 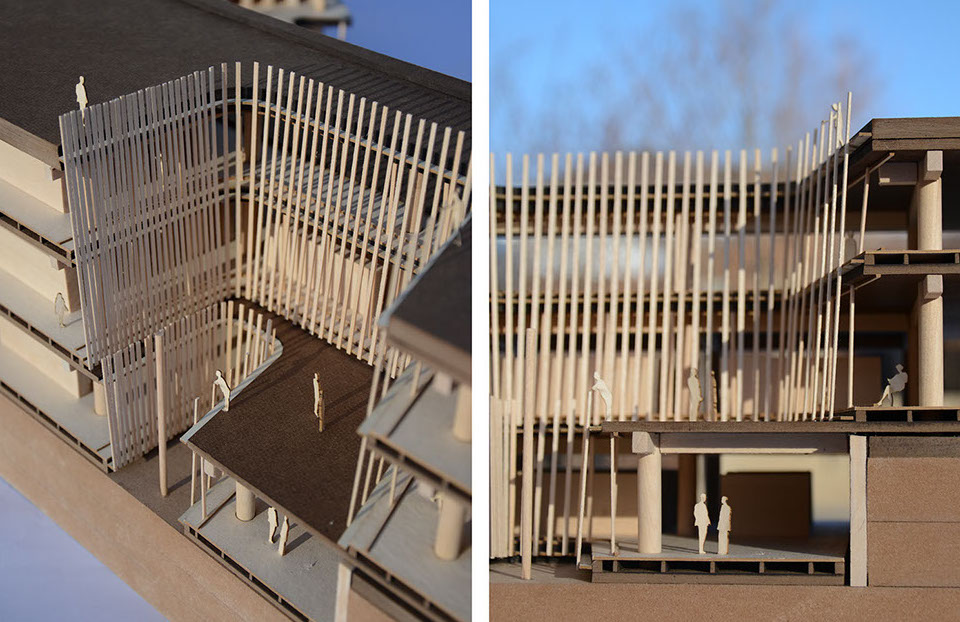 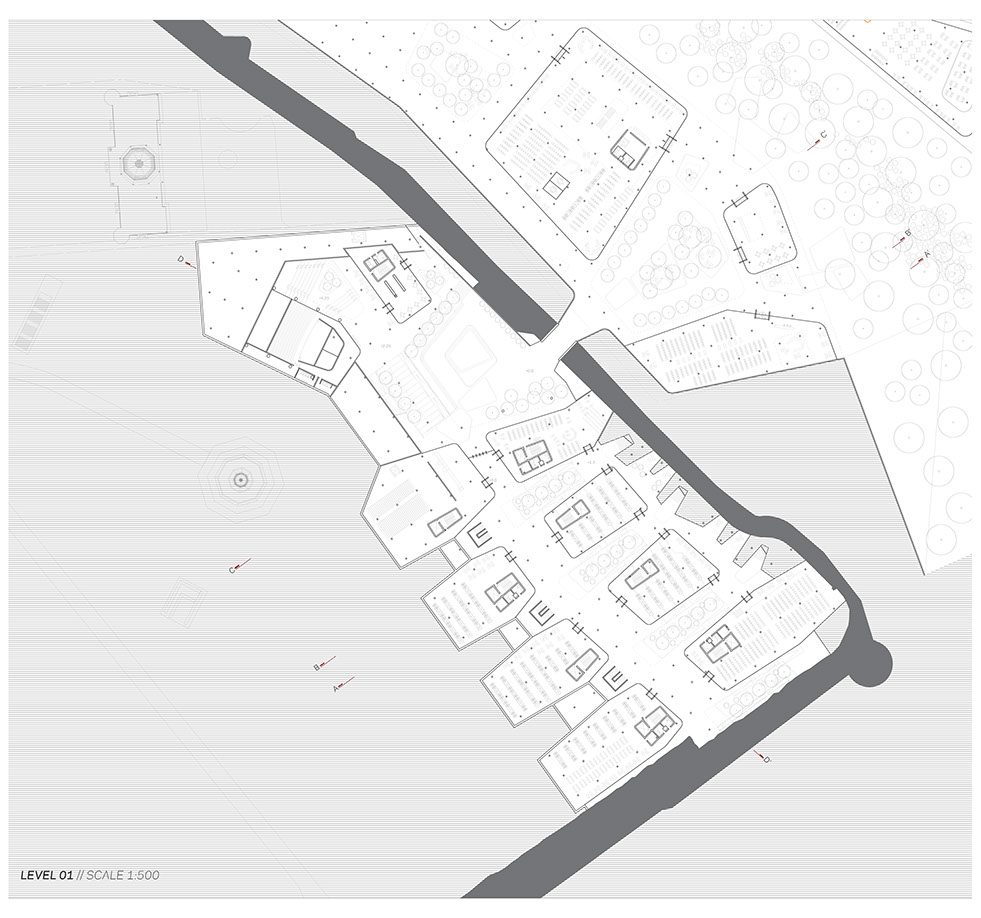 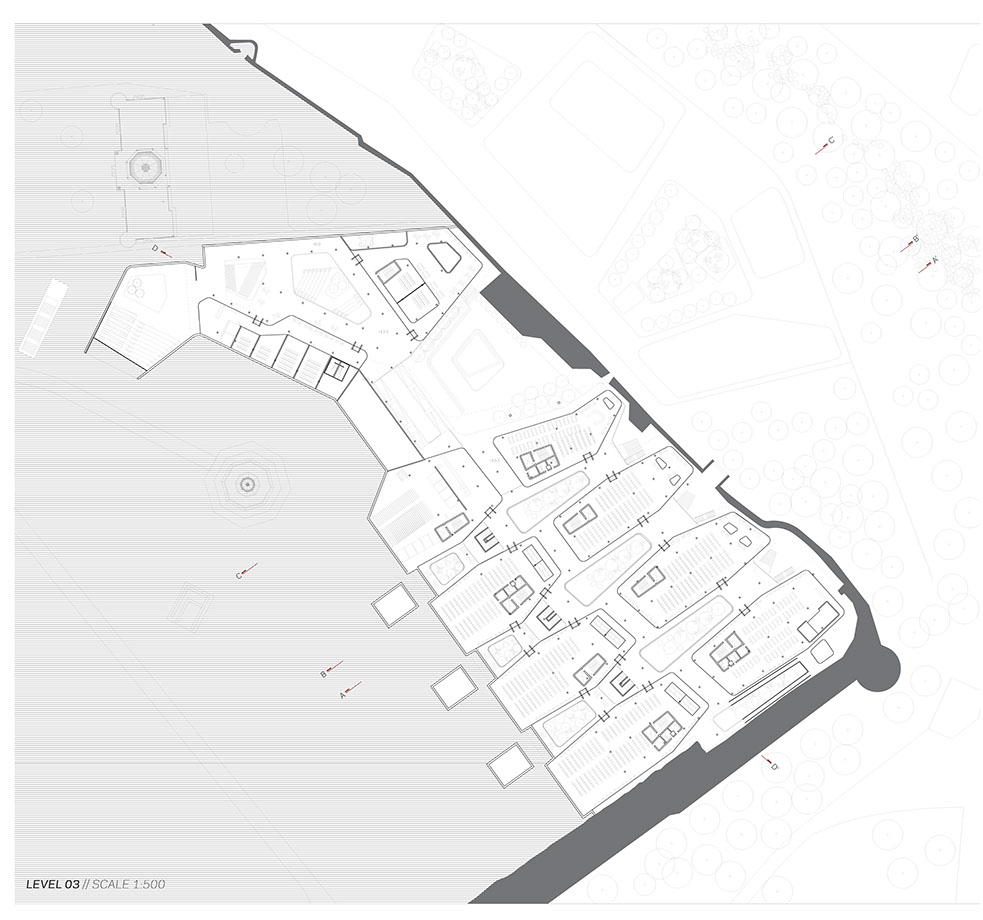 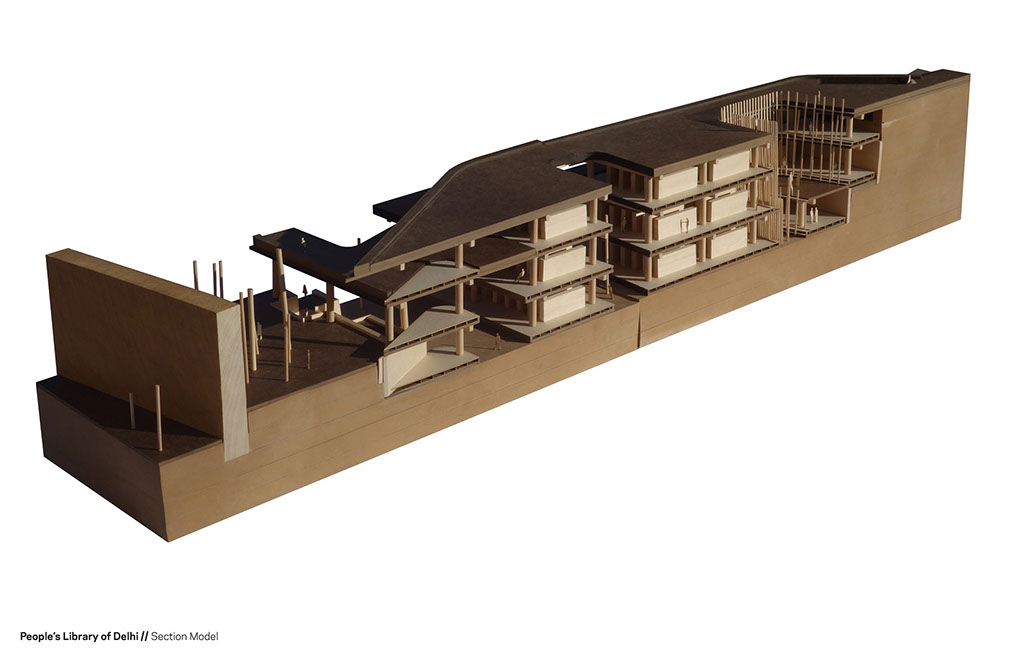 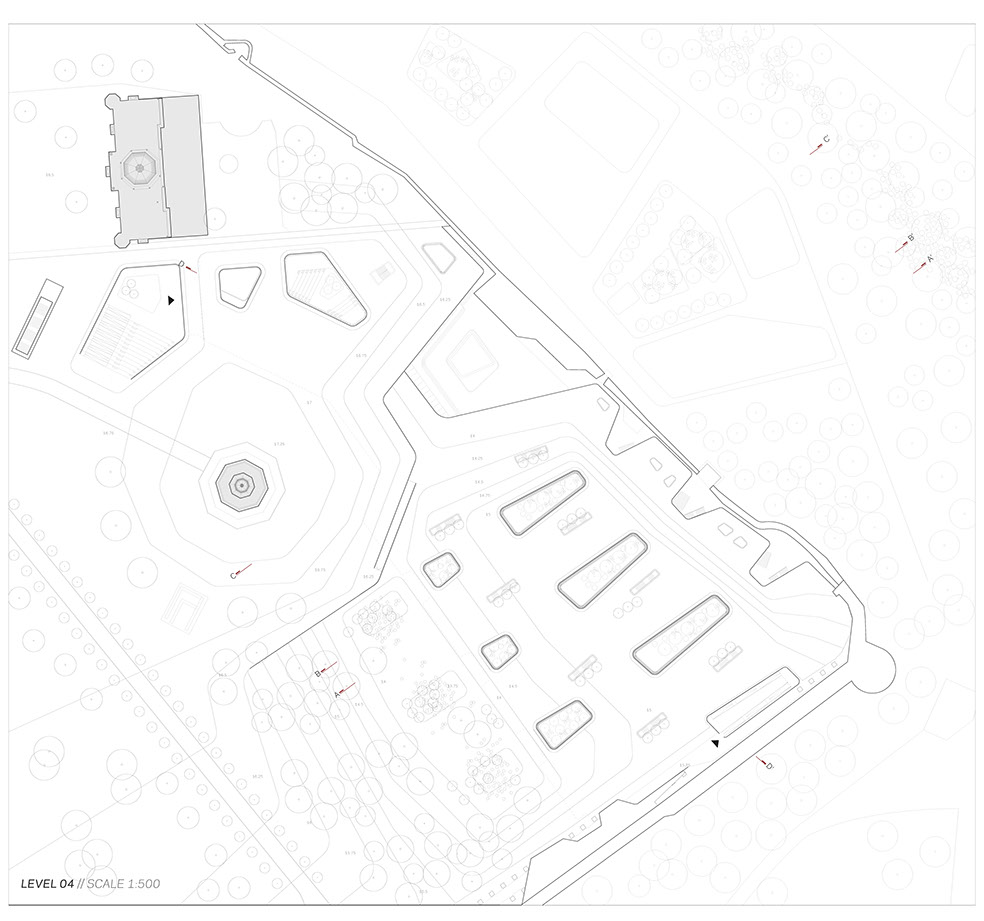 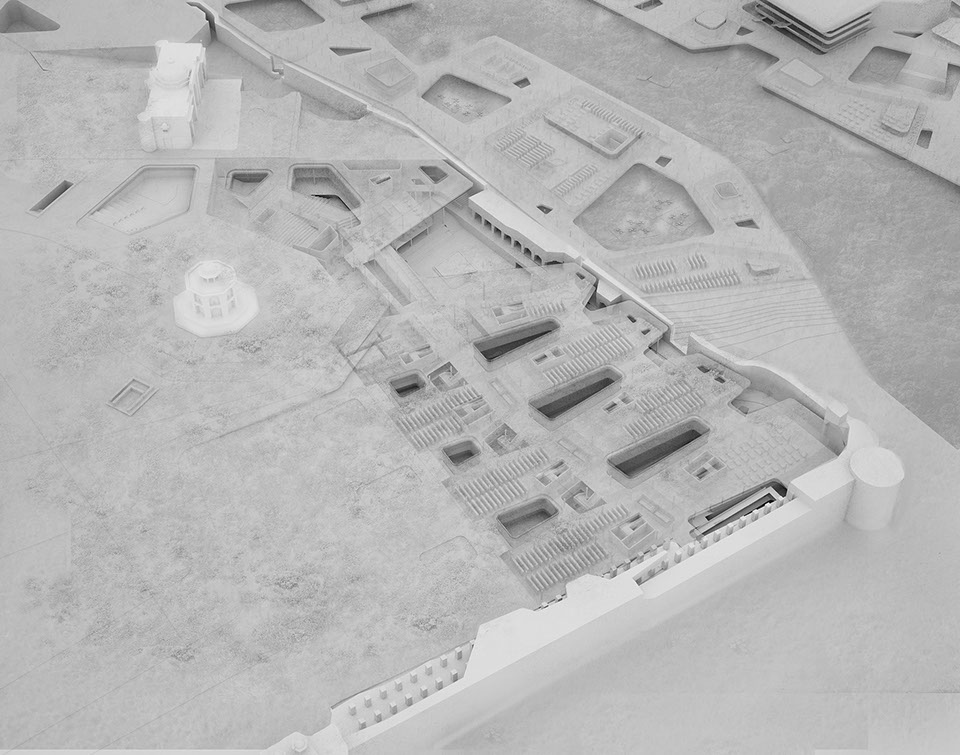